In Google Sheets how can I conditionally color a cell value if less than another cells value?

The Sheet I am working with has a multiple columns, each with a range of integer values. I would like to check to see if that integer value is less than another cells integer value, and if so conditionally color it.

I've gotten the conditional formatting working, but it's coloring cells that shouldn't be colored. Any thoughts? 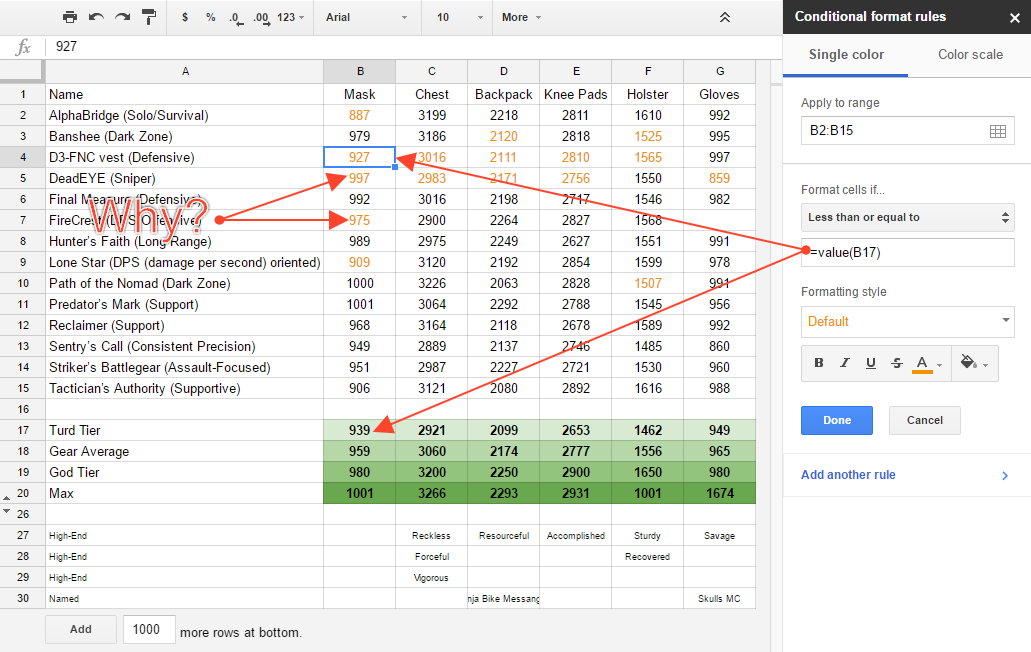 When you use a relative reference, such as B17, to format a range, it will be used in a relative way. That is:

If the goal is to compare all cells in the range to B17, use the absolute reference B$17 as pnuts suggested.