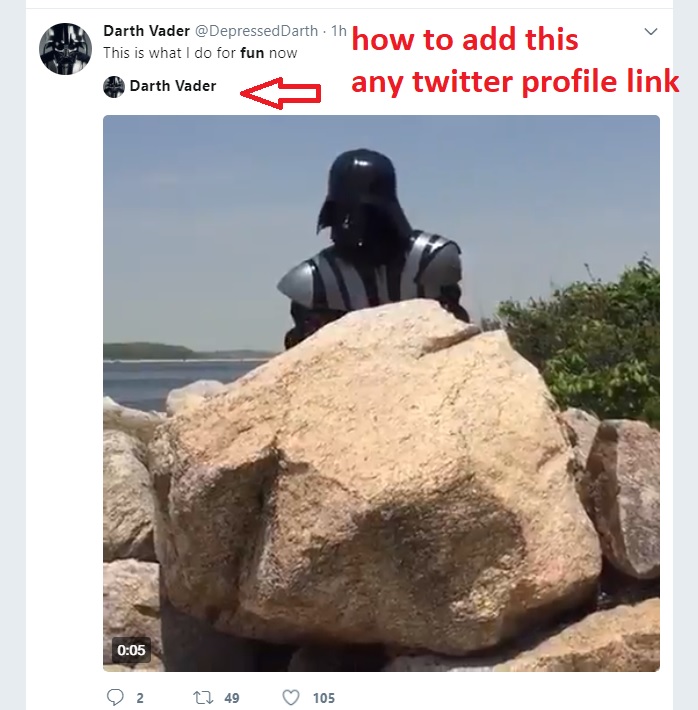 Add /video/1 at the end of the video link it will embed the original tweet, so it can be tweeted as a new tweet and will show the original uploader badge(avatar) along with the video.

Answer is given by Terence Eden on Stack Overflow:

The user has sent a Tweet containing a link. Where does t.co/VNEAbw4YRC point to?

So, here's what the user has done.

Twitter will then render the Tweet with a link back to the original user who posted the video. I think they do this to prevent people just linking to a different user's video and then claiming it for themselves.

Not the answer you're looking for? Browse other questions tagged twitter tweet or ask your own question.