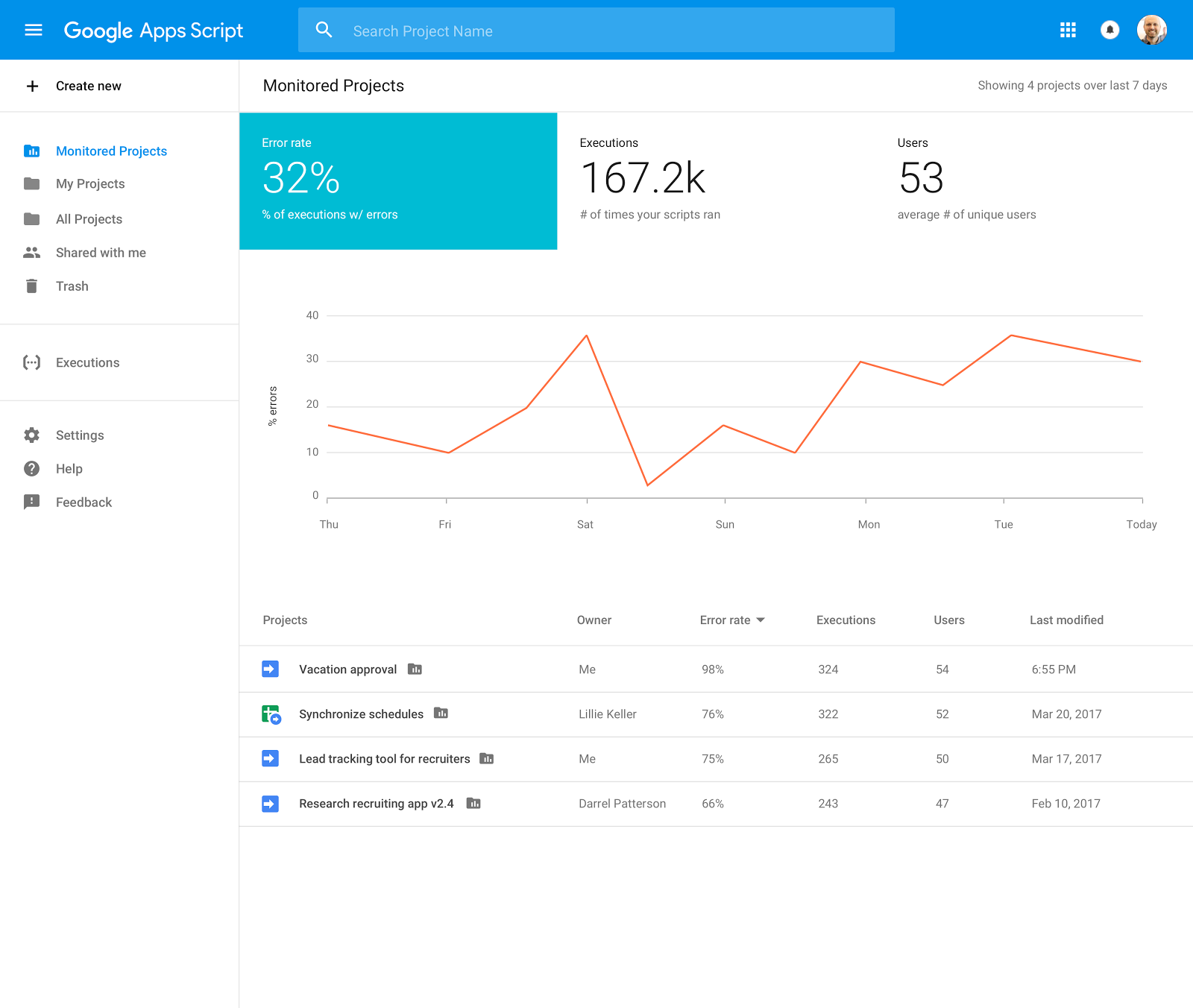 I followed the link using my G Suite for Business and consumer (gmail.com) accounts but instead of the Dashboard the Google Apps Script editor is opened. Could be something from my side that avoid that I be able to access the new dashboard?

At first I think that the problem could be a staged / scheduled rollout as this is something that Google does. Later I remembered that the cache and cookies stored in my device could prevent to see the latest features among other problems so I tried in incognito mode and this works so I deleted the cache and cookies, restarted my laptop and I was able to see the new dashboard. Then I leave the laptop for a couple of hours and when I tried again the problem occurred again. Following the instructions on the referred announcement I tried to file a bug report but my access is denied, so I made a post on the Google Apps Script Community on Google+. I found how to create an issue -> https://issuetracker.google.com/issues/71871414
google-apps-script
Share
Improve this question
edited Feb 1 '18 at 2:50
Rubén
asked Jan 11 '18 at 17:52

It looks that the issue was fixed

As an alternative to access the Google Apps Script Dashboard try https://script.google.com/home

The above works for me

Not the answer you're looking for? Browse other questions tagged google-apps-script or ask your own question.