For a couple of years a script is run in https://script.google.com, but now it is seen as an insecure app? Why? The service is provided by Google right? Third party? 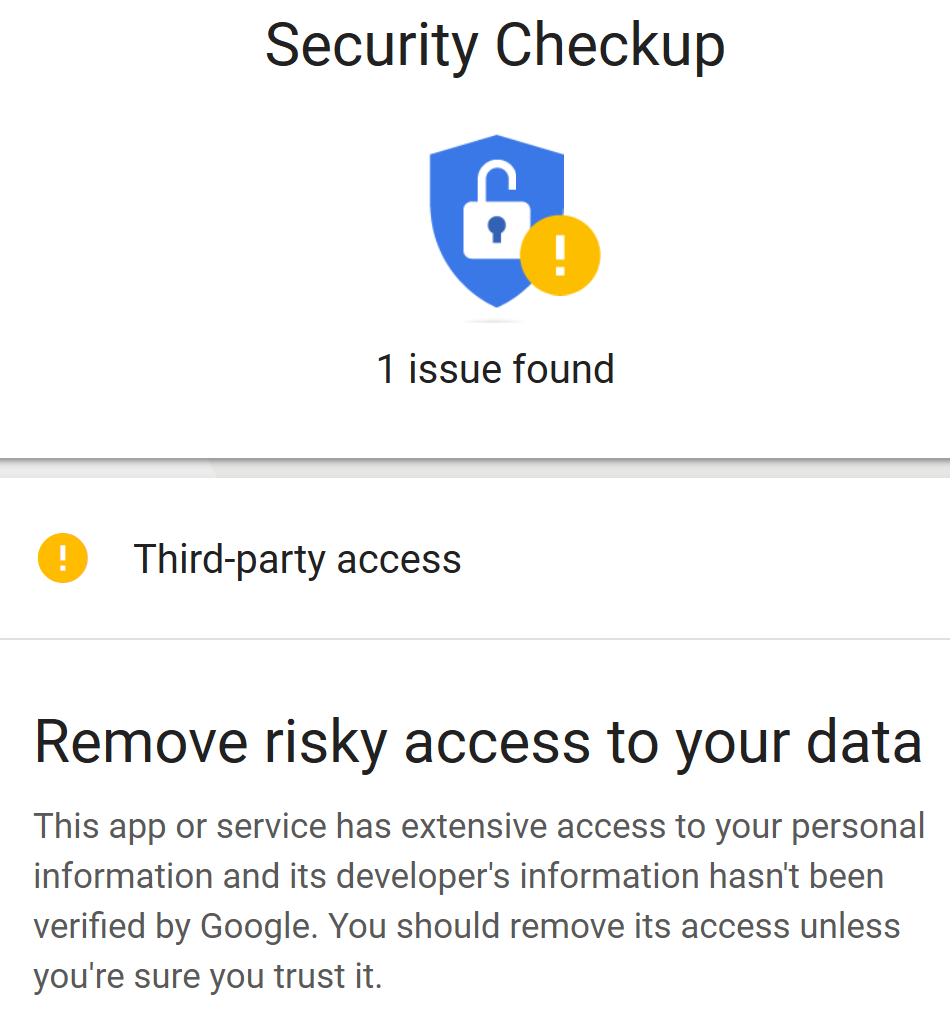 Without knowing the actual script, I've no idea what it's source is.

However, Google has recently launched tighter controls on securing your account and is now looking at things that it wouldn't have looked at before. (I was advised to remove my account from an old phone and to disable an app password I haven't used in quite a while.)

If you trust the script, then you can go ahead and tell Google so. It probably won't ask about it again.

More information from the Google Blog: More transparency and control in your Google Account

script.google.com is a service provided by Google to create scripts by anyone that have a Google Account, so it could be used by third parties.

When we try to run a script Google will show an authorization request that shows what authorizations the script requires.

Nowadays, Google added another security layer, telling users if the script was reviewed by Google or not. Scripts authorized before the new layer was introduced could throw the security alert that is shown in the question, suggesting us to review those scripts that have access to our data.

Not the answer you're looking for? Browse other questions tagged google-apps-script google-account security or ask your own question.