Really count on your help here, as it seems like I tried everything already. Take a look at the graph: the last value label disappears (the location is right on the inner border of the graph, so the label simply doesn't fit). 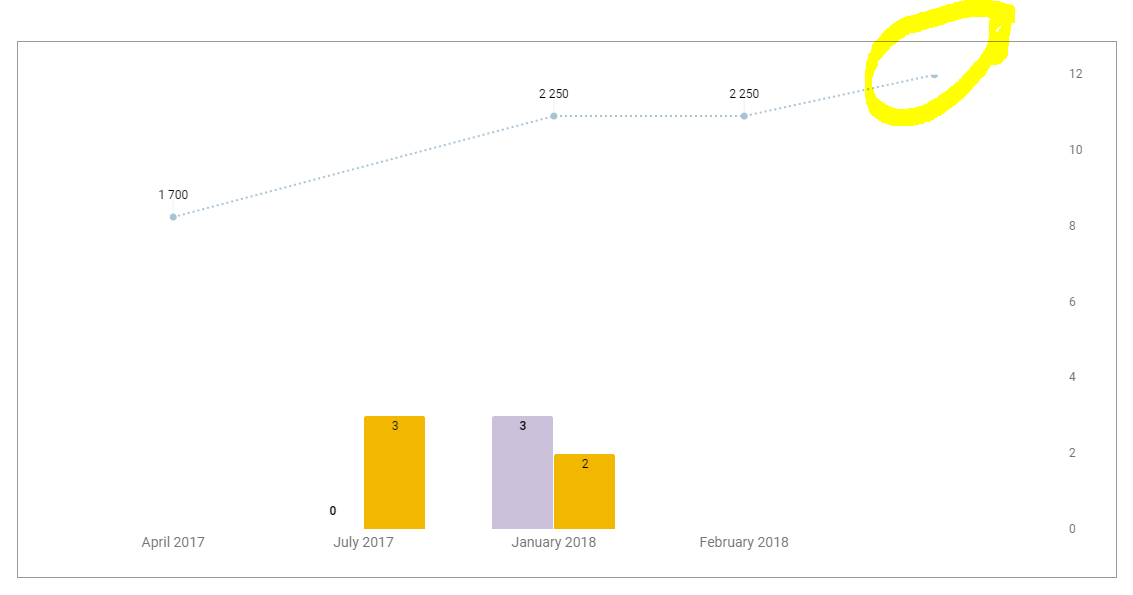 This is a known (and so far unsolved) Google Sheets bug. A workaround consists on adding an additional series with a single line and then making it invisible. The number associated with such line must be e.g. 101% of the biggest number of both (bars and lines) series.

Therefore, no matter how big are the numbers in the B2:C5 range (this range is the one used as the data source for the series of the graph's bars and lines), the function LARGE will always pick the biggest one (the parameter 1 means "pick the largest number from the B2:C5 range) and then such biggest number will be multiplied by 1.01 (i.e. it will be increased by 1%) and the resulting number will be recorded in D2.

This causes the graph to have 1 series of bars and 2 series of lines, but the second series ("extra line") has only 1 point (the number recorded at D2) and such point will always be the tallest one: no matter how high the first line series goes, the unique point in this second line series will always go 1% higher.

After you do this, just select such "extra line" series and then modify its color to e.g. white, so it becomes invisible.

That's it, this worked for me.

Seems by default how google is fixing the chart area seems, it is a few points lesser than actually visibly required.

Before and After, expanding chart area: 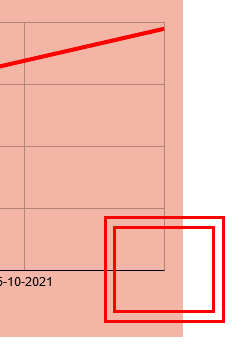 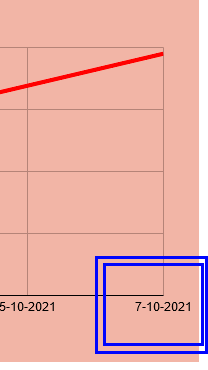