How to unhide messages in new Gmail?

It looks like Gmail is now hiding messages by default from an email thread. It shows hidden messages as a number instead, like this one: 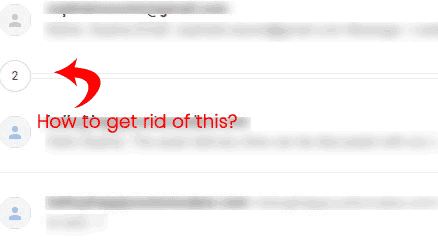 Anyone know how to disable that?

It appears to be the same collapse message feature that was in the old Gmail, since at least 2012, apparently it's only supposed to collapse read un-starred messages. It just looks a little different now, and seems to happen just as often as before.

To un-hide or expand the messages:

To prevent messages from automatically collapsing, apparently starring them or marking them as unread should work. Or disable conversation view altogether (in Settings -> Genearl -> Conversation View)

Not the answer you're looking for? Browse other questions tagged gmail or ask your own question.

55
How does Gmail decide to thread email messages?
18
Filter emails in Gmail by number of messages in a conversation
9
Can you send SMS messages using your Google Voice number from Gmail?
9
How to forward all email messages under a particular label in Gmail to another person?
3
Disable priority inbox function and send all email to inbox