Unblock your team by capturing collective knowledge that anyone can find.

“If there is one thing developers like less than writing documentation, it’s responding to unnecessary escalations […] and too many escalations wear down the developers.”

“We needed a better place to store all the questions and answers that people were repeatedly asking, and we discovered Stack Overflow for Teams.”

“We use Stack Overflow for Teams internally when onboarding new developers, and when new developers ask questions, everyone can benefit from the shared knowledge.”

My bosses recently have decided to part their ways, so we removed the first boss from the Facebook, yet it shows, that he is the owner of it, as in it is owned by his business. And since he is not so handy with the IT, I took over his account in order to transfer the ownership. But when trying to transfer the ownership, Facebook only allows to deny the request, as soon as I press accept, it shows error and says to try it again later. How is that and how can I fix it?

This is the detailed sequence of what I'm doing: 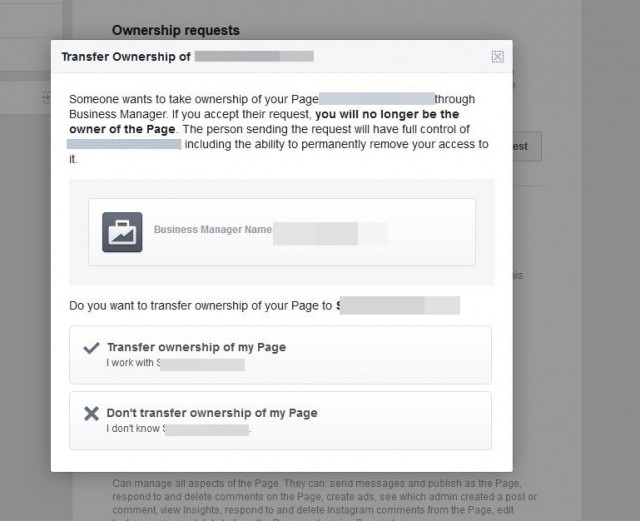 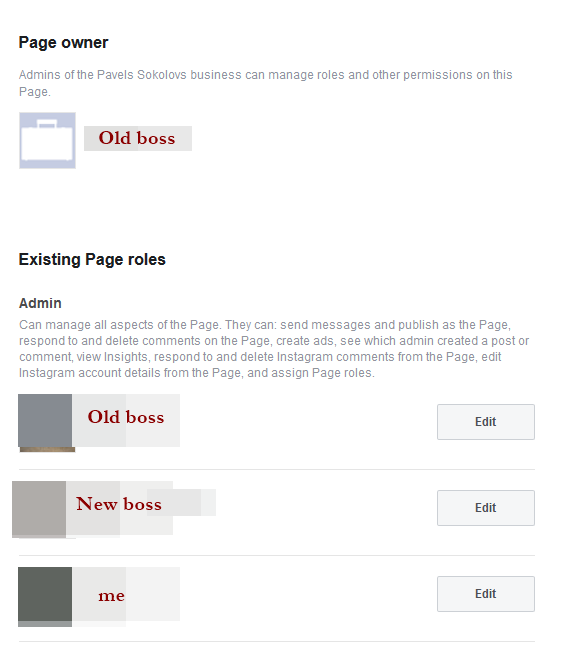 ...followed by the error in the top image.

Let the new person register a fake business (can be a brand so no details have to be provided) under https://business.facebook.com/ and try to transfer ownership again. Remove the old account from the admins.

Once that's done it will stop showing the error message. I've had a similar but not the same issue, it showed the same error message. Making the receiver account access business manager helped

Not the answer you're looking for? Browse other questions tagged facebook facebook-pages or ask your own question.