Why is the south-Korean map using a different color scheme?

I found that Google Maps is using a different color scheme (opposed to the rest of the world) for the south-Korean road map. The main roads have a darker orange. And even the surrounding sea has a darker blue. 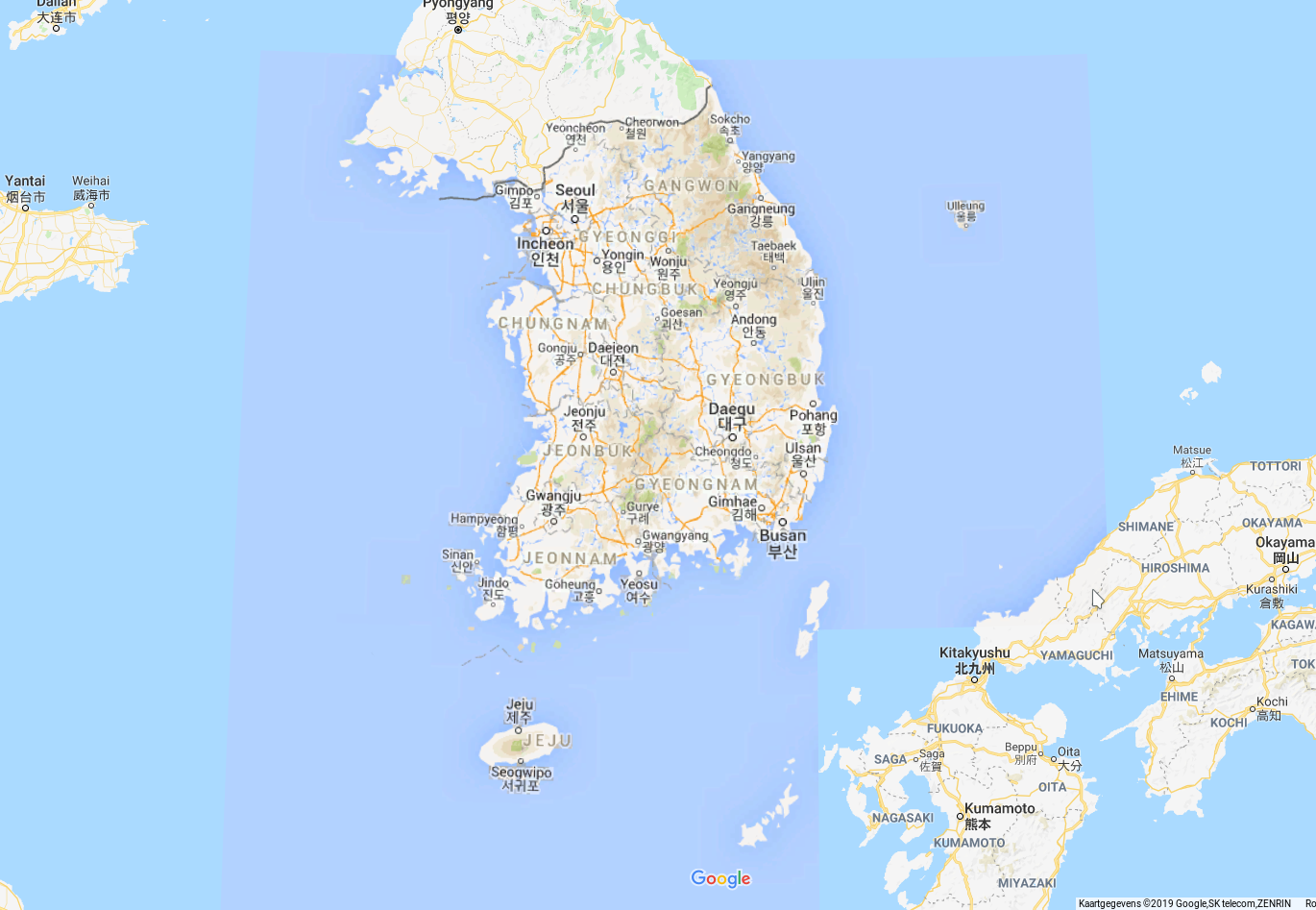 Good question. Surprisingly this is due to North Korea. South Korea initiated a law that forbids exporting local mapping data to foreign companies (like Google), because such data would be stored on datacenter outside of South Korea territory (obviously) and therefore acting as a direct threat against South Korea (note that technically South and North Korea are still at war (engaged in a frozen conflict as some call it) - there haven't been any peace treaty signed like ever - since 1945).

Google (and other foreign companies) had a lot of issues on how to bypass South Korean rule book which was only partially resolved recently (Winter Olimpic Games 2018) when Google argued that they need these data due to huge swarms of foreign tourists coming to Olympics so South Korea agreed on some terms which included a heavy amount of censorship where a lot of strategic roads and buildings were erased from existence so North Korea could not exploit them in case of some secret invasion.

Basically, until recently it was hard (for tourists) to navigate through Sout Korea, mostly because there was no reliable online non-native mapping service for the region. Two biggest mapping companies in South Korea (Kakao and Naver) barely managed to roll out the English versions of their apps for the Olympics...

Regardless Google - South Korean government would "maybe" agree to provide full access over mapping data if Google would build their datacentre in South Korea, however, local businesses and mapping services would surely raise their voices against. Also, Google would need to comply with a lot of local regulations so for now, this is something that won't happen in near future.

2
How to convert Google Maps "My Maps" to an image?
1
Why doesn't Google Maps API show maps in Israel?
2
Embed a Google Map and link to a marker in it from HTML
0
How to deal with online position errors in Alberta Rural Addressing system in Google Maps
0
Google Maps "directions" map maker function fails to utilize direct route due to road closure entry