How to return unique list of text pivot by Query

I'm trying to mimic a pivot table behaviour where you would grab all distinct values from Col B and, by each of those unique Col B values, you associate all each respective values, that must also be distinct by each unique Col B.

The final result should be:

I've tried the query with Group by, but it doesn't seem possible to aggregate by text.

This would need an AGG, and it only seems to work with numbers.

Another option I thought was to pair a query with vlookup, but I haven't managed to, is there a way to do this, even without the query formula?

Note: I don't know how many rows A or B is going to have and don't know their future names, it would have to work dynamically. 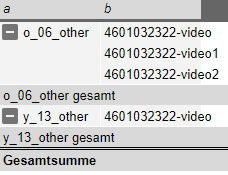 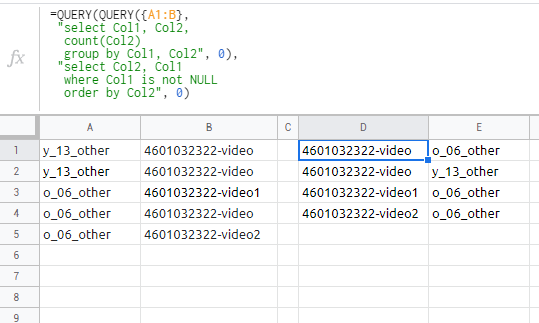 Not the answer you're looking for? Browse other questions tagged google-sheets formulas google-sheets-query or ask your own question.

4
Partial sum of columns based on row identifier
3
Drag autofill of a multi-column pattern
21
How to return DISTINCT/UNIQUE list of text via Google QUERY?
2
Google sheet group column data and display values in row
0
How to Aggregate and Pivot Simultaneously With Google Sheets Query
2
Query Function with Unique References
1
Using ARRAYFORMULA and QUERY to produce results in multiple columns
0
Return unique values across multiple sheets