As the comment beneath was posted to answer the question titled "Why is the Reddit search engine so awful?", I'm inferring that 'legacy search' is better than Reddit's standard search? How?

This is a good time to remind people, especially those with newer accounts, that you can enable the much superior legacy search by going to preferences>display options>show legacy search page

Long story short, Reddit developers thought that Reddit needs some fresh look and new modern design futures, so they redesigned it and in this process they kind of killed a lot of useful futures of Reddit which were vastly used by Reddit users even moderators. It was a major issue and it got the attention of many angry users to get back things as they were before the update.

So Reddit decided to listen to the crowd (partially) and shortly enrolled update which would allow getting back those lost futures (subreddit karma breakdown, the gilding trophy privacy setting, easier and faster navigation, no hidden responses deeper in threads, etc.) if the user would manually add/append &feature=legacy_search to the end of the URL. Then the anger of folks was redirected on: "Why we always need to modify the URL to get it as we want?!!" ...and the next Reddit update added a checkbox in the settings called show legacy search page which when ticked/checked would automatically append &feature=legacy_search chunk to the URL. 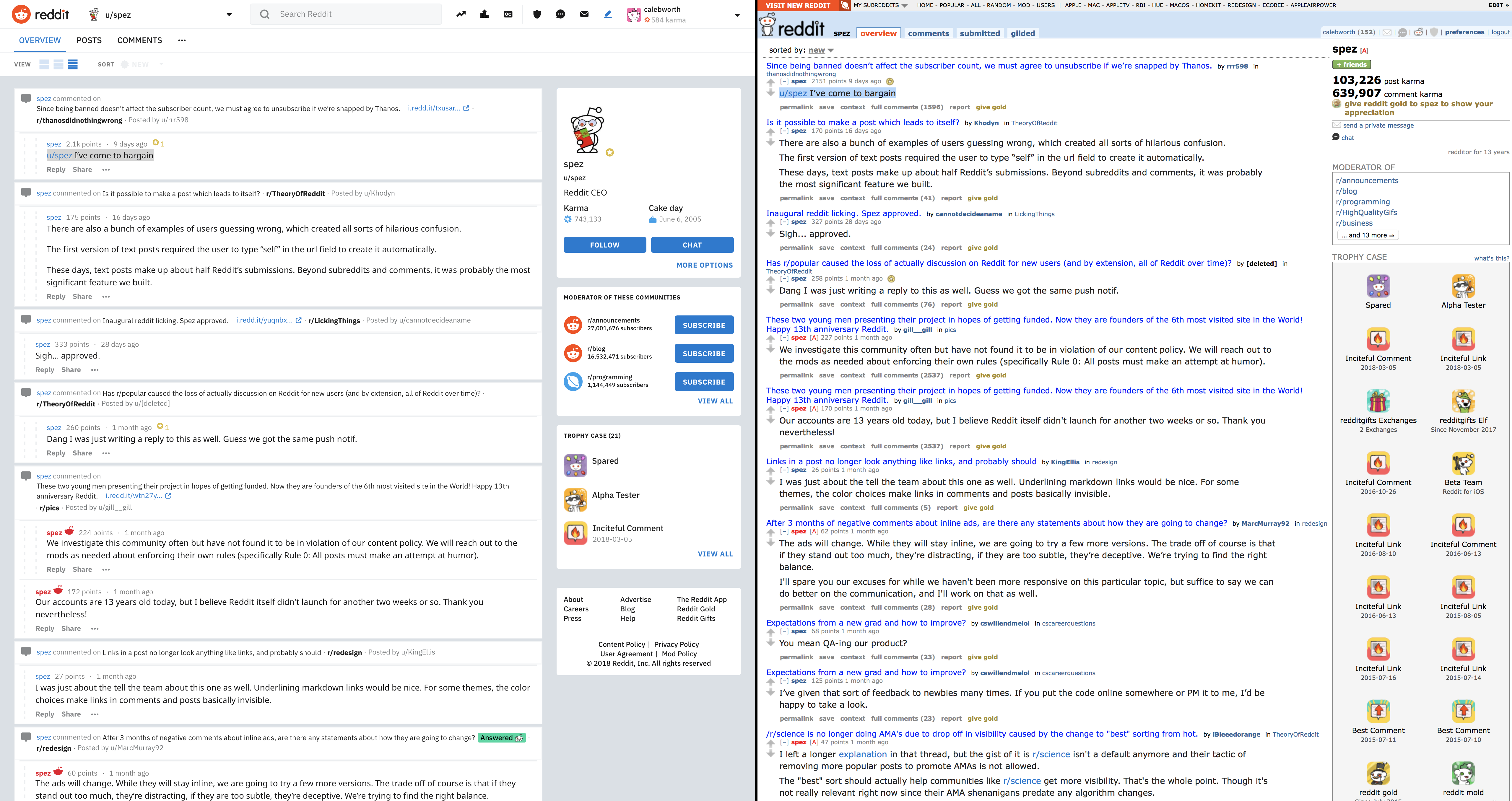 Not the answer you're looking for? Browse other questions tagged reddit or ask your own question.