In which conditions Google Maps may offer / suggest slower route?

I've been using Google Maps for at least past 5-8 years (even before huge update) and as a default navigation app for at least past 2-3 years, if no longer. Every time during this period, no matter, if using mobile or PC / web version I was always offered a fastest way by default.

Today I have spotted for the first time in my live that Google Maps offered me a slower way: 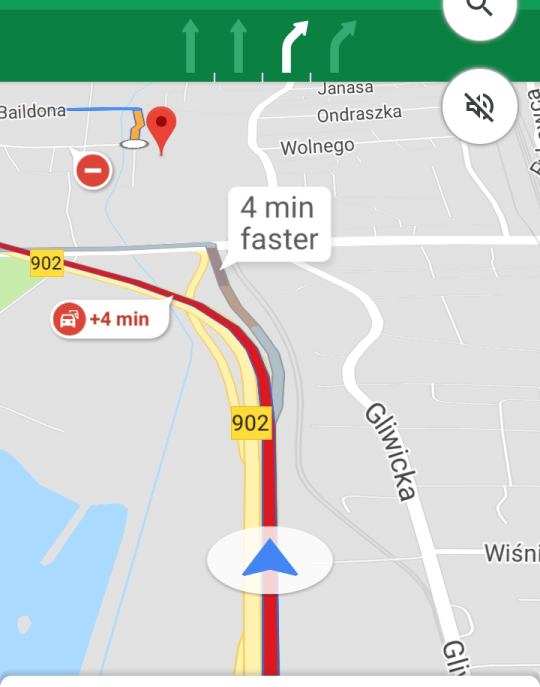 I.e. for the first time in my live I saw "X minutes faster" on an alternative way, because so far I've been only seeing "X minutes slower" or "similar ETA" on all the alternative routes.

Are there any specific conditions, in which Google Maps can act like this? Especially in this case, where -- as we can see -- the default and proposed route sticks directly into a large traffic jam while alternative route is smudge-as-it-goes.

I'd like to underline that this question is pretty much more to feed my curiosity rather than to report and solve any actual problem.

Browse other questions tagged google-maps or ask your own question.

11
Search restaurants (POIs) along a route with google maps
2
A Google Maps icon is in the wrong place - how can I suggest it be moved?
4
How to tell in Google Maps if a route ascends or descends?
3
How to show/share only one route on Google Maps?
5
How can I save a Google Maps route offline?
5
Google Maps: How do I start a route that I've saved to My Maps?
3
How does Google Maps determine which cities to show at which zoom level?
2
How do you add a Google Maps route to “My Maps”?
1
Google Maps returns different directions in the same route, depending which way you go