Is it possible to have Named Constants in Google Sheets

Excel has a notion of defined names which can be used to define constants/literals. Does GSheets allow this?

You can see this in action in the following Excel screenshot: 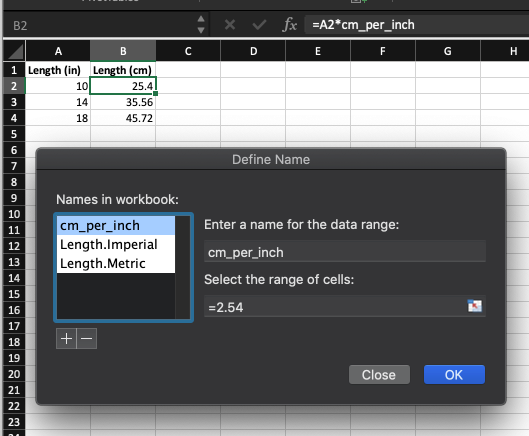 Cell B2 has the formula =A2*cm_per_inch and via the name manager window, you can see cm_per_inch is a constant value of 2.54 and not a reference to a cell address.

When I import this spreadsheet into GSheets I get the following with #NAME? errors. Also, note in the GSheets Named ranges list there are only two entries whereas in Excel there were three. cm_per_inch appears to be missing, presumably because GSheets does not support a defined constant.

One workaround would be to do as this Stack Overflow Q&A proposes but that is more of a lookup table and not a constant as per Excel constructs. You can see this in action in a revision of the previous GSheet here: 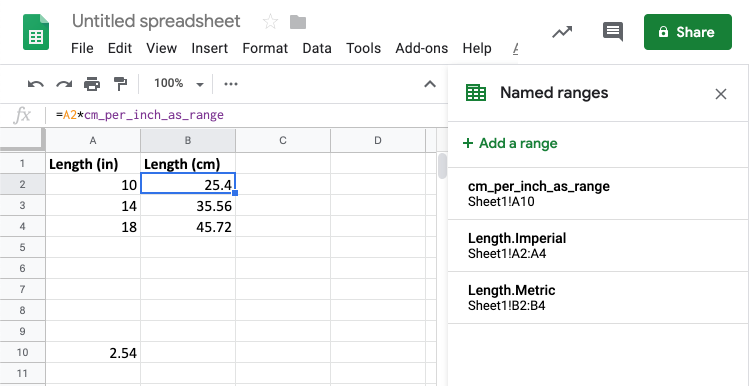 Of note, I wasn't able to use the cm_per_inch as the name of my range and had to use a new range name entirely in order for the formulae to resolve properly.

Currently, this is not possible in Google Sheets, because Select data range field can intake only cell/array references. Therefore, best you can have is to create the second sheet where you will store your variables/constants and name them with Named ranges - and then right-click the sheet and select Hide sheet 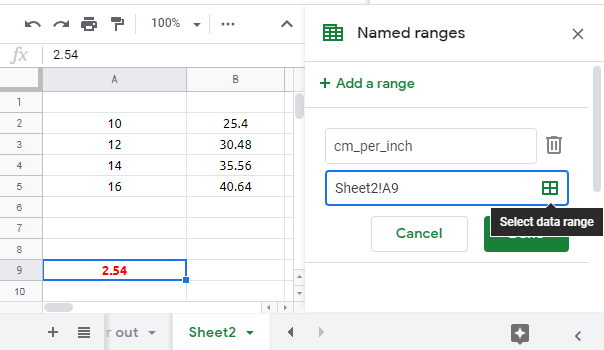 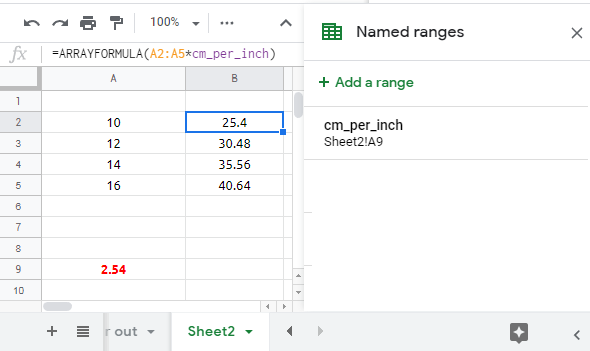 This could be also resolved by storing variables/constants into the script and then call for it like: 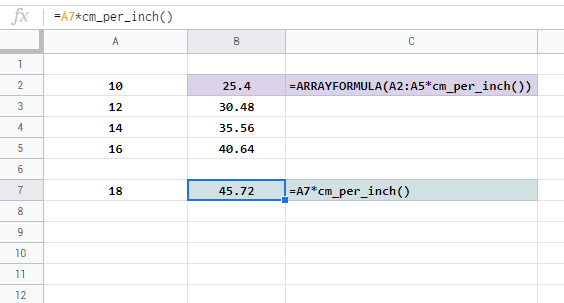 cm_per_inch appears to be missing, presumably because GSheets does not support a defined constant.

It's worth to note that Google Sheets also have many features that are not supported on Excel like the built-in IMAGE(url) among others.

The alternatives are too many, from a) importing only the Excel values to b) create a new spreadsheet from scratch.

Not the answer you're looking for? Browse other questions tagged google-sheets google-apps-script google-sheets-named-ranges or ask your own question.