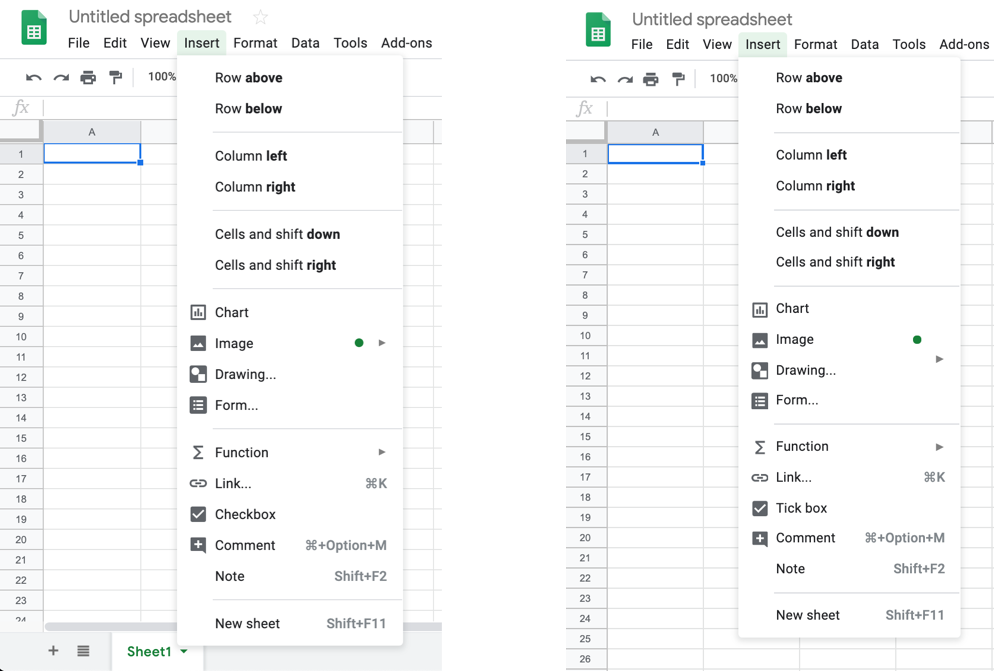 It's all the same. The reason is the language difference of each spreadsheet.

A checkbox (check box, tickbox, tick box) is a GUI widget that permits the user to make a binary choice, i.e. a choice between one of two possible mutually exclusive options. 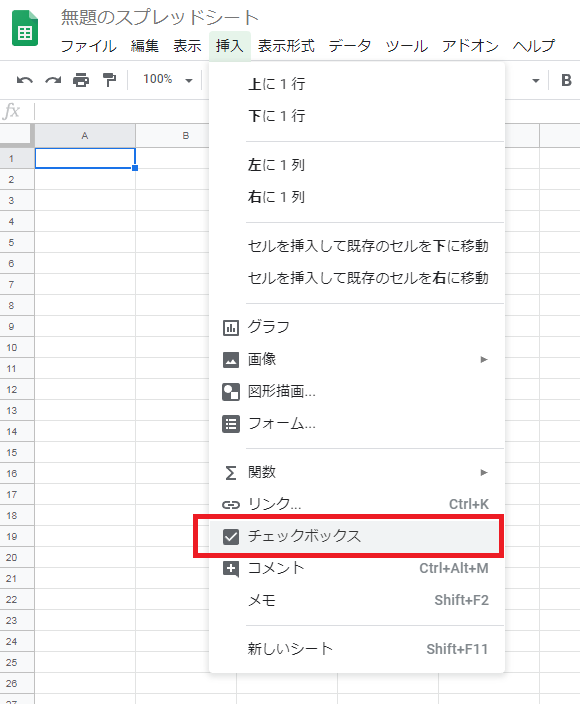 You can switch to any language here: 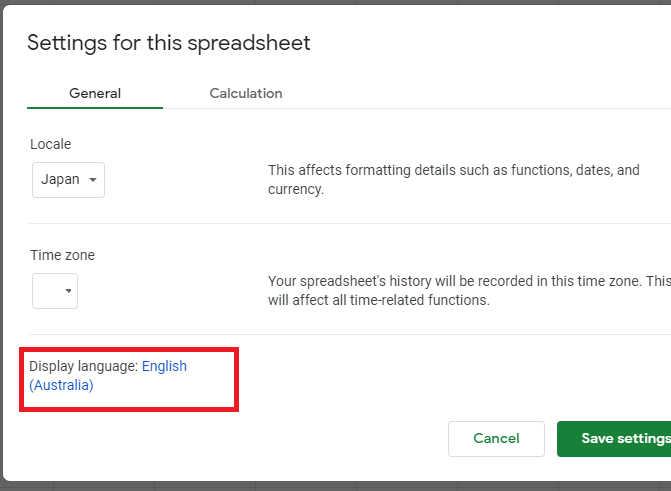 Google offers several English variants, like English (United States), English (United Kingdom), etc., for their apps UI. Some UI elements names are exactly the same but others aren't like occurs on this case.

The instructions to change the Google account language are on Change language. Once you select English, pay attention to the next dialog as it list all the English variants that Google offers for the Google apps UI.

Not the answer you're looking for? Browse other questions tagged google-sheets localization data-validation or ask your own question.

79
Is it possible to add a checkbox/button equivalent?
1
Google Sheets: REGEXEXTRACT Formula to remove characters not inside [brackets] but leave , commas?
1
Conditional Format Copying in Google Sheets
1
Conditional Google Sheet Checkbox
2
How do you get current date to be added to a cell when a check box is checked in another cell
0
Checkbox that can display a checkmark or an X
0
How to do, If checkbox is checked it will uncheck the other checkbox?