I took this script from the Google developer site and modified it to suit my needs. The issue i am having is where the "EMAIL-SENT" lands on my sheet.

I'm not the best script writer but I can't figure this out.

Here is an image of how it is appearing in my sheet: 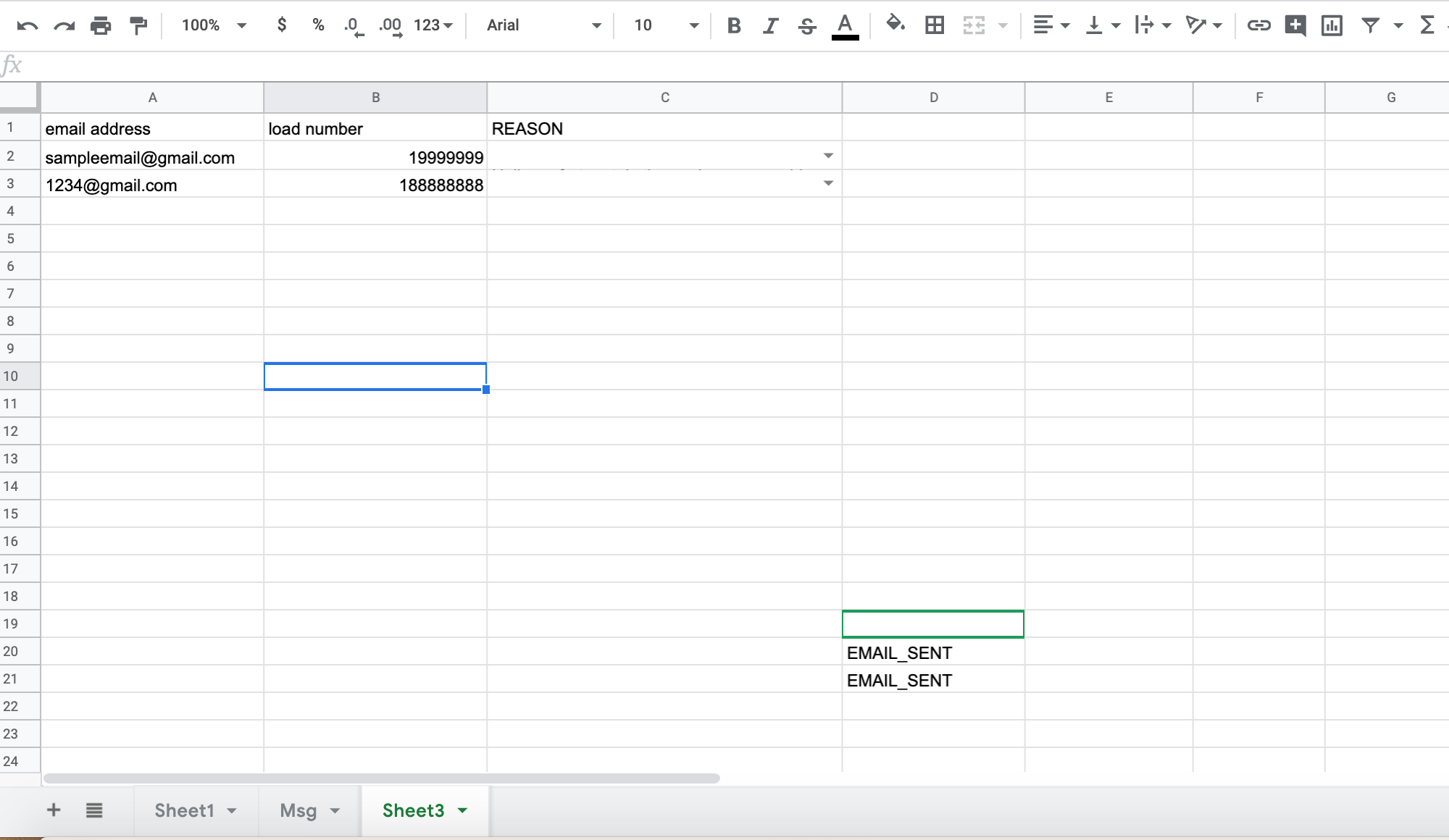 Maybe you think that i on for (i in data) is the the same as for(var i = 0; i < data.length; i++) but it isn't. On each iteration it has assigned a property name rather than integer.

1
Button in column C in each row
0
Send email when theres a change in a particular column on a particular sheet
0
search/match a date on Google Sheets using Google script and copy a source range to a destination range OFFSET from that date
0
Need help with Google Sheets moving rows and setting formatting upon move completion for Google Sheets Script
1
Google Sheets data formatting and extractions into more workable, easier to read format
0
Add a new row and move data to that row when box is checked
0
Notification email with data from different columns when edit is made to cell in the same row