How can I filter a list based on whether it contains any of a list of substrings?

I have a list of Japanese words. I want to produce a formula to filter that list, based on a filter list of substrings (kanji characters) which I'm looking for.

So for example, say my filter list contains three characters, 水 and 木 and 日. I want to find every word in my list which contains 水 or 木 or 日. That's an inclusive or - any words which contain more than one of the characters on the filter list (such as 木曜日 or 水曜日) should show up, too. 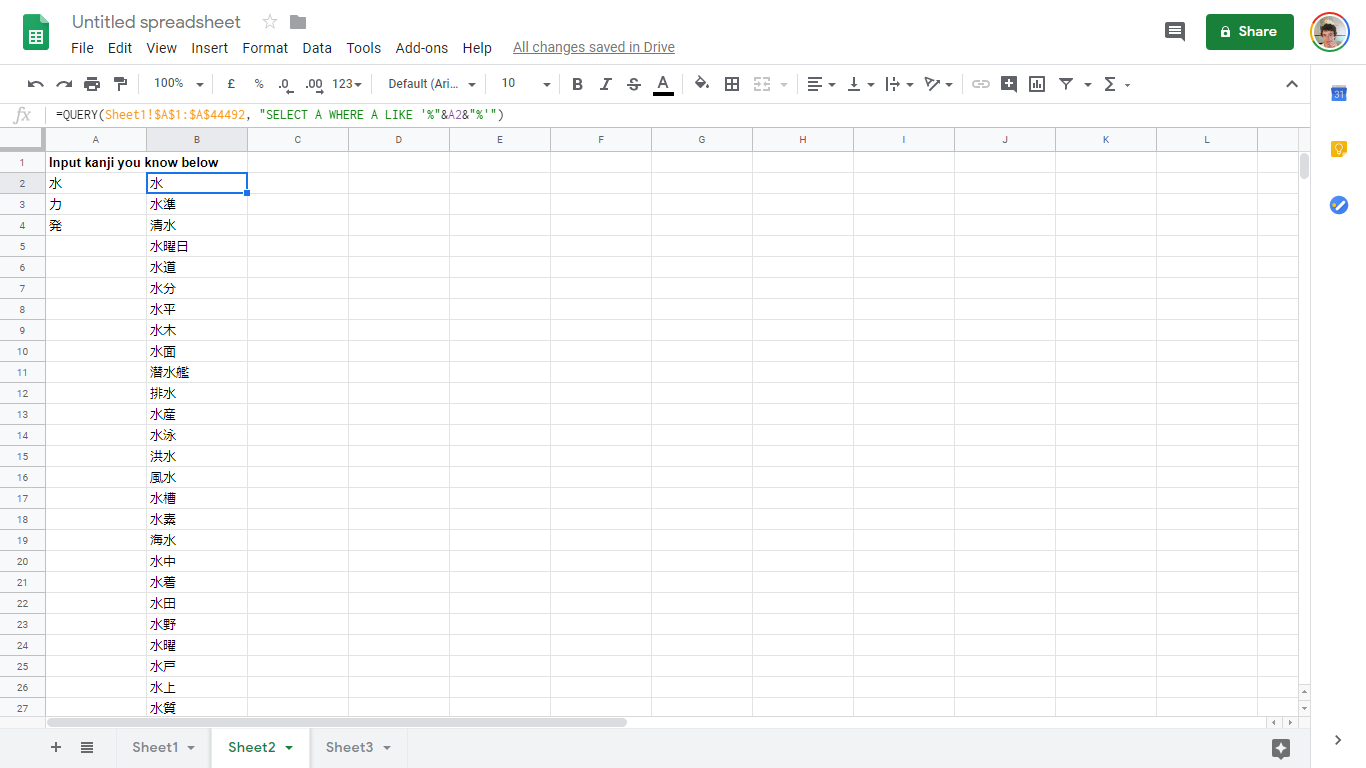 So far, my formula works with just one character to filter for:

However, I've tried expanding it to a range, and it doesn't work:

It only filters words containing the first character, 水.

Is there a way to filter the whole list based on all the items in my list? And to be clear, I want it to be dynamic, so that I can put in as many filter characters as I like to the list, rather than basing it on an exact number of filter characters.

You can use the filter function with REGEXMATCH as a parameter, try this in C1 :

It filter the range B2:B100 based on which result returns the regex

Explanation :
The following formula returns False or True based on the content in the cells B2:B100. The operator | is basically a OR in this regex. 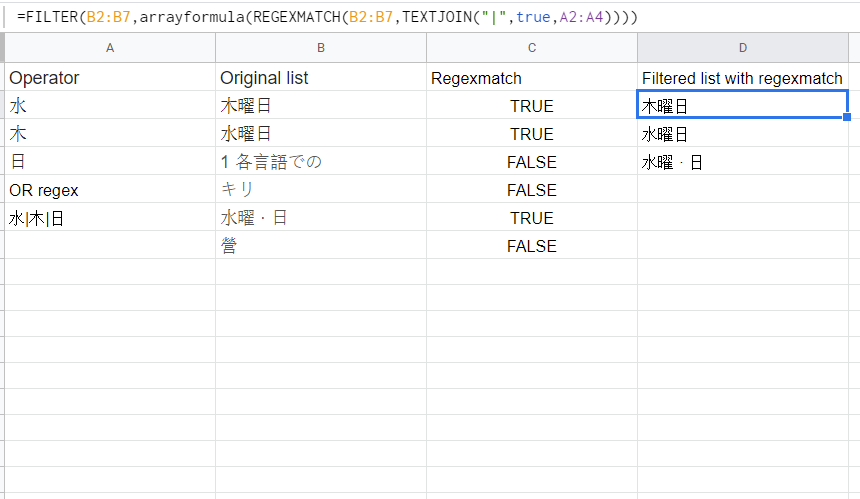 You can use your original QUERY function.
You just have to change like to matches along with the TEXTJOIN function.
It is matches that allows you to use a regular expression (regex) in the QUERY function.

UPDATE
following OP's comment:
...make words which only contain those characters pop up and none others

You only change the regular expression included in the query:

Not the answer you're looking for? Browse other questions tagged google-sheets google-sheets-query or ask your own question.

5
filter or sort Google Spreadsheet based on condition
4
Using QUERY command with dates
2
How to remove duplicate words in a cell only if longer than a certain number of characters?
1
How to filter only the highest value for each date based in a criteria?
1
Google Sheet Query smarter way to get multiple criteria
1
How to get a true when a character is NOT in range
2
How can I use a formula to split a text into individual characters, regardless of length?
1
Select All Columns Where Cell In Columns Contain A Word - Google Sheets