Facebook eliminate country code from phone number and then ask for verification?

However, they eliminate the country code from the verification.

One obvious explanation is that the guy do not put the country code in his phone on file in facebook.

However, that doesn't seem to be the case. 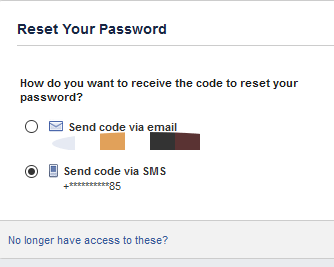 And yes he's getting SMS at that number and can change his password. However, he cannot confirm his identity.

Anyone else have this problem?

Is he permanently banned and this is how facebook do it? They requires security check that they know cannot be passed because they put wrong number?

Is this a bug?

I reported this several time to facebook and no response whatsoever

I finally can get in.

Facebook always know the true phone number with all the country code. It simply doesn't display it.

For some reason I do not get the message.

Then I try to login to stackexchange with my facebook account. Then I got the same problem. I moved on.

Then I look at my phone. There is an sms from facebook.

I tried to login again and uses that number. It seems that the number never changes.

I managed to get in and have to supply pictures.

I tried to post something on some group and I am in trouble again.

There is no way to talk to facebook representative about this. All efforts to ask them is never answered.

Not the answer you're looking for? Browse other questions tagged facebook verification or ask your own question.