How do I make a bar chart that parses comma separated arrays in Google sheets?

I have a Google form with a multiple choice question. In the Google sheet, it places all of the checked responses in one cell separated by commas.

I'd like to generate a chart that counts the instances of each response across a whole set of responses, whole column, but it takes each combination of comma separated choices as unique for my bar chart. 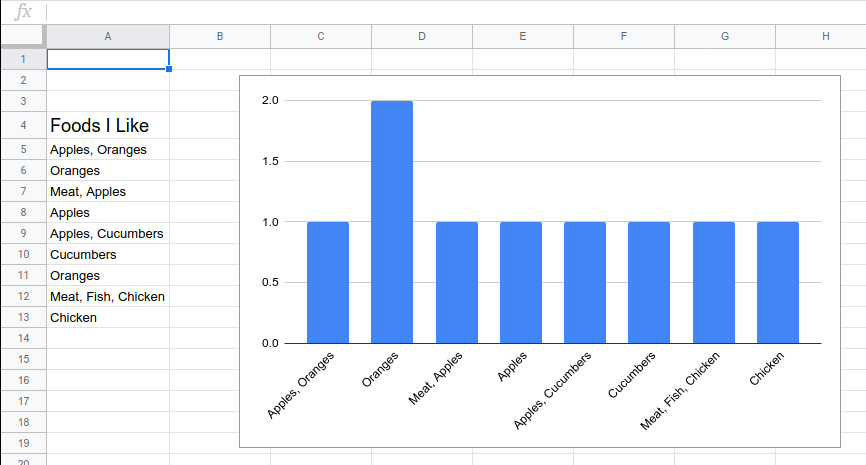 Here's a way to split each values and count how many occurences of a unique reference exists : 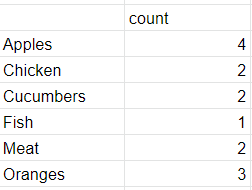 Here is a solution based on the answer from pjmg that also deals with trailing space in the comma separated list correctly, and also sorts from high to low:

More about ArrayFormula and Trim

3
How to GROUP and ORDER data in a Google Spreadsheets?
4
How to share a Google Sheets demo spreadsheet