How can I arrange the same data's in columns on Google Sheets?

This image shows the languages each individual wants to learn. 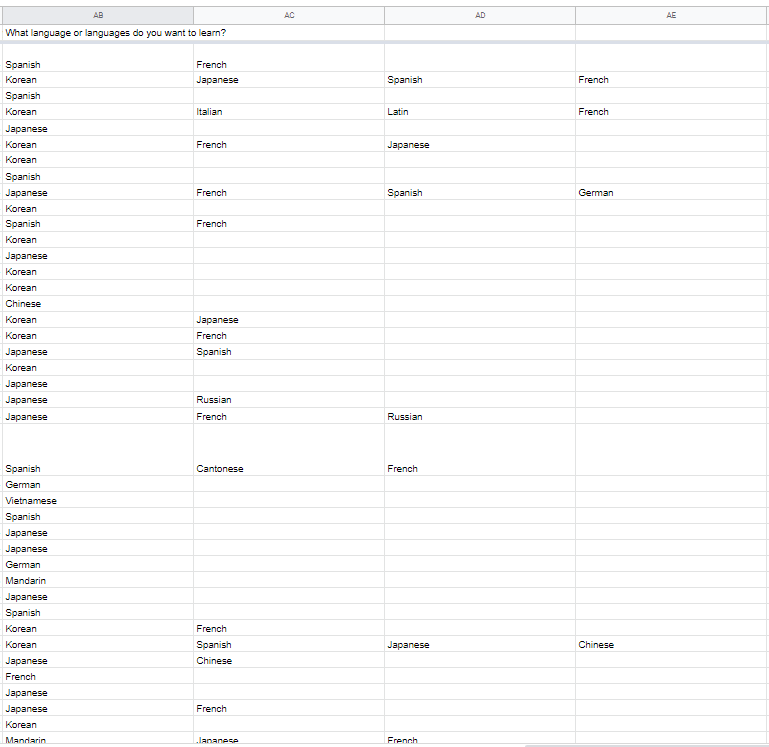 How can I sort the columns and not sort the rows? (Formula) Link to edit :D https://docs.google.com/spreadsheets/d/1SfgLNy8_bJdkOMIINbrB3hNkj02DZORTByMm7kyW0I4/edit?usp=sharing

You have a Form Response spreadsheet with answers to "What language or languages do you want to learn?". Respondents could choose up to four languages. In total, 15 unique languages were selected in 102 selections spread across the four columns.

This answer provides an alternative method to populate the data for the "What language or languages do you want to learn?" graph. 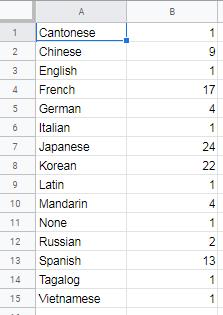 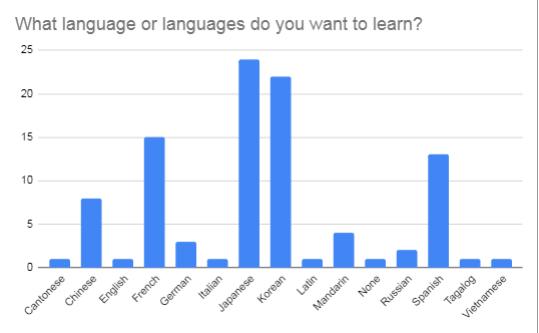 Props: @User0
How can I create a unique list of data across multiple rows AND columns?

12
How can I create a unique list of data across multiple rows AND columns?
4
How to share a Google Sheets demo spreadsheet

1
Google Spreadsheet partial row transpose and shift, partial row split
0
How to find the sum of specific rows in Column A if rows in Column B meets a given requirement in Google Sheets?
1
Google Sheets Query Where Cell value
0
Auto numbering Google sheets
2
Google Sheets - Using IMPORTRANGE with a variable number of rows
0
How to get maximum value from rows, only from specific columns
0
Sum Last 12 Columns In Google Sheets
0
Google-Sheets : ARRAYFORMULA() for multiple columns
0
Vlookup when multiple values in one cell