How to show (and edit) last Slash Command in Slack

Using a Slack Slash Command obviously shows the output of the command as a response. Unfortunately, the command entered isn't shown, so you need to guess (or retrieve from your own memory) what the command was - and (as far as I know) there's no way to configure a Slack app to repeat/show that last command. Many of Slack's Slash Commands are relatively simple, so they leave less to guessing, but for custom integrations or third-party provided apps, it's harder to remember the last command or command history.

/remind me to set a reminder

shows the output of that command - a help message on the /remind command - but does not show the literal command tried.

You can type / in the compose message panel. Slack gives you a list of slash commands available. The top one is the last command used. 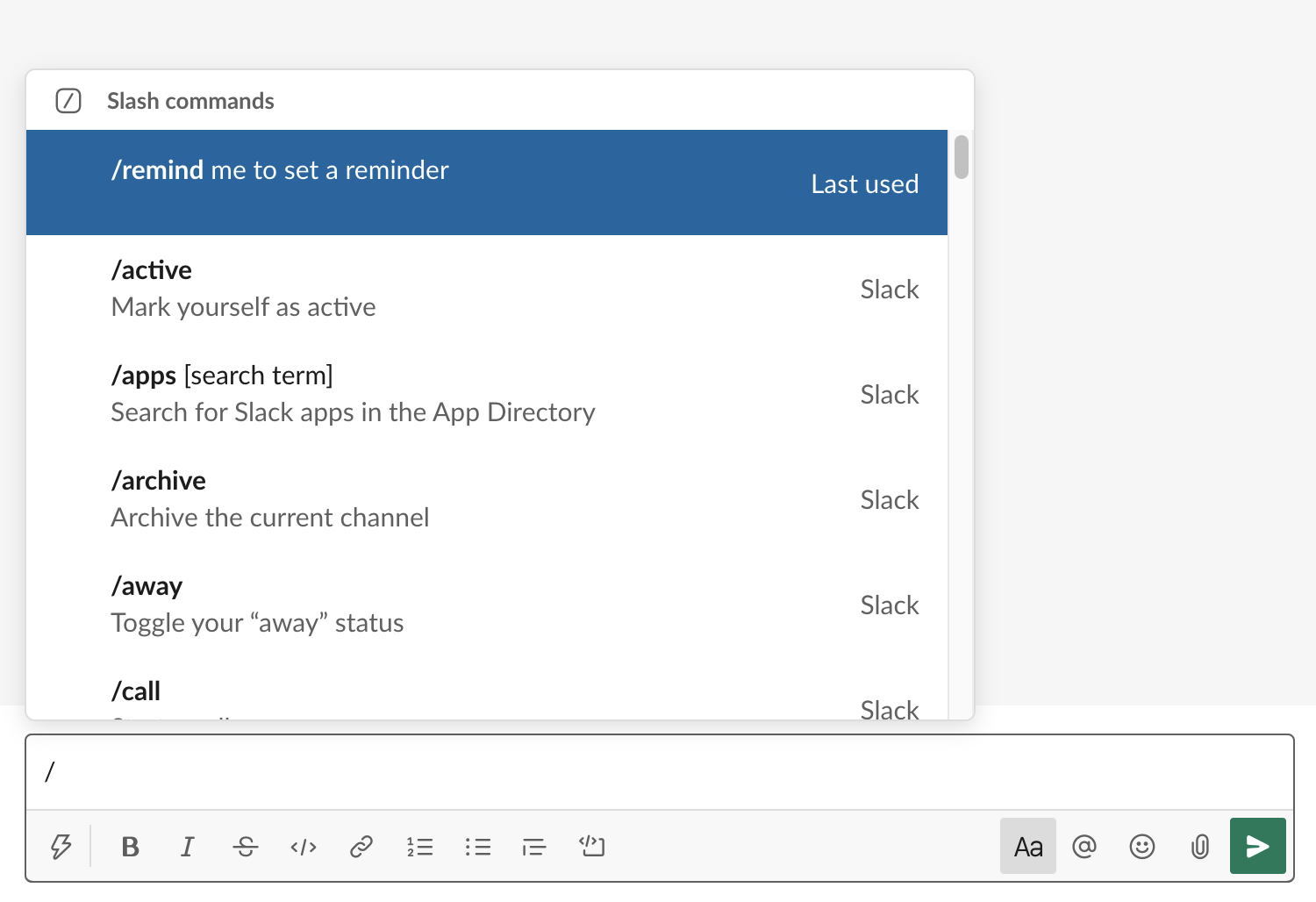 Once you select it (or press enter), you can edit the command if you wish.

Not the answer you're looking for? Browse other questions tagged slack slackbot or ask your own question.

9
Show GitHub commits in a Slack channel
1
Reenable unfurling (expanding) of media and attachments in Slack
1
How do I show all channels I am part of from multiple Slack workspaces?
13
Is there a shortcut or command to start a thread in Slack
2
How to create a Trello card from Slack with a custom command?
0
Sonos to Slack - how to show the songs we play in a Slack channel
0
How can I automatically resend a Slack message every X days in a public channel if it hasn't gotten any reply?
2
How can I see all my Slack activity within a period?