The Apps Script code editor has a feature to "Deploy from manifest."

After creating and saving a new deployment version, a link is shown that states: 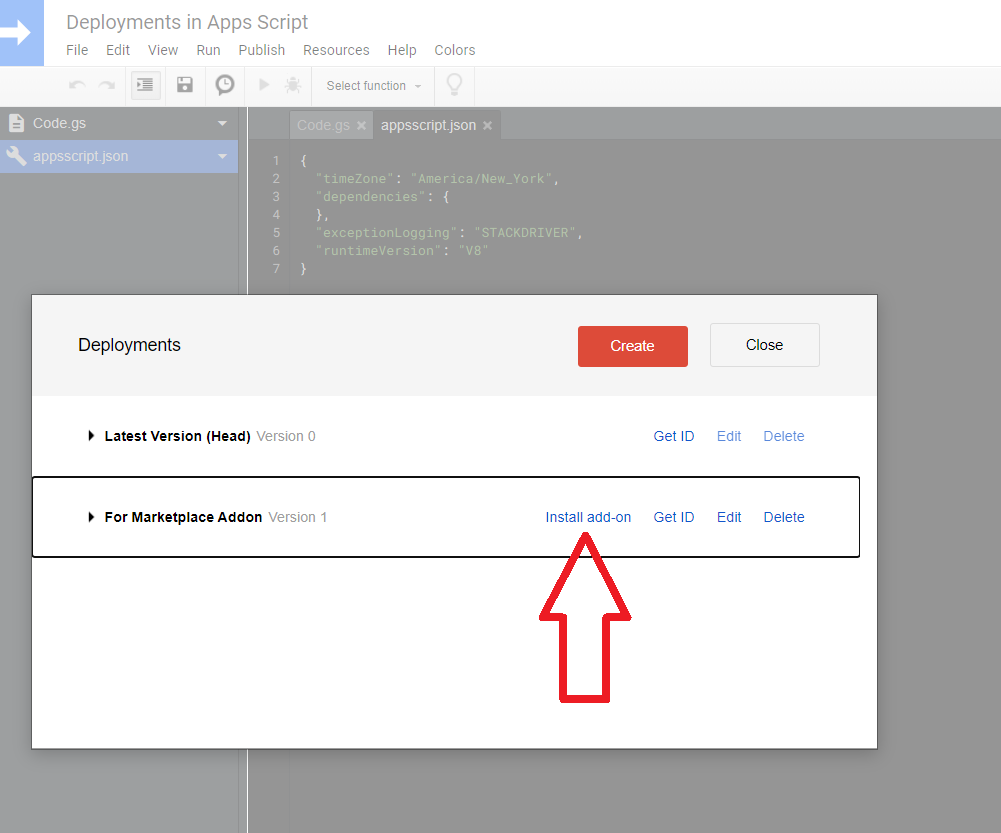 I've clicked the link to "Install add-on", and I get a message stating:

But I do not know what happened, or what the consequences are.

It obviously doesn't publish the script as an add-on, because that needs to be done through Google Cloud and the GSuite Marketplace SDK. And in the example shown here, I don't even have a GCP project associated with the Apps Script project.

I don't know if I need to click "Install add-on" in order to use that version in the add-on publishing, or whether it's not needed.

I use this option to install my Gmail add-on on the Google accounts I use while on development, prior to publishing.

I don't know how it works for editor add-ons, but for my Gmail/Gsuite add-on, it's pretty straightforward. I can use this option to install on any G Suite account from the same domain, and any Gmail account, provided I share the project with the account first.