Count instances of character in a column

Is there a way to count instances of characters down a column, without creating further columns that do row-by-row counts of each character?

Below is an outline of what I'm trying to do.

Note that no character appears in more than one column, so I don't have to search all columns for all characters, I can just search the Z column for x, search the W column for a and b, etc. 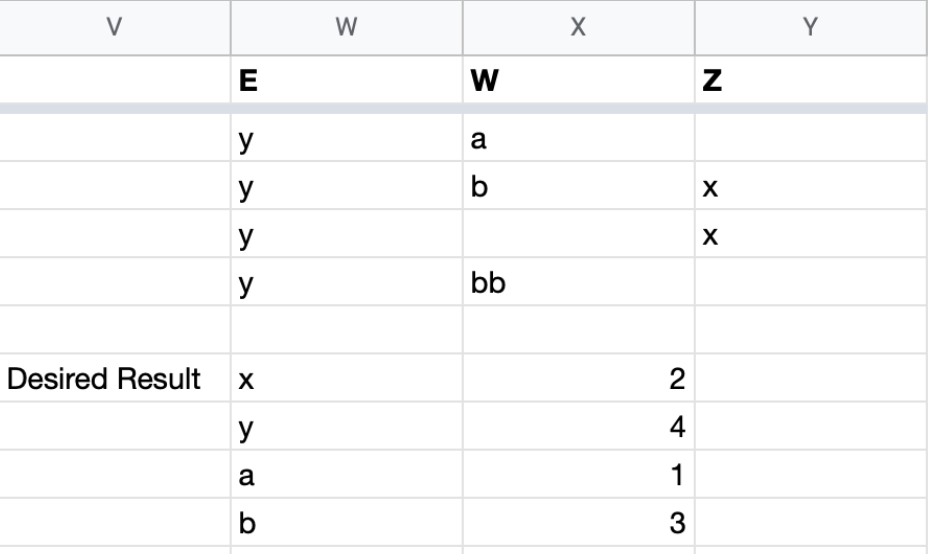 For a draggable formula use

For a single auto-expanding formula please use 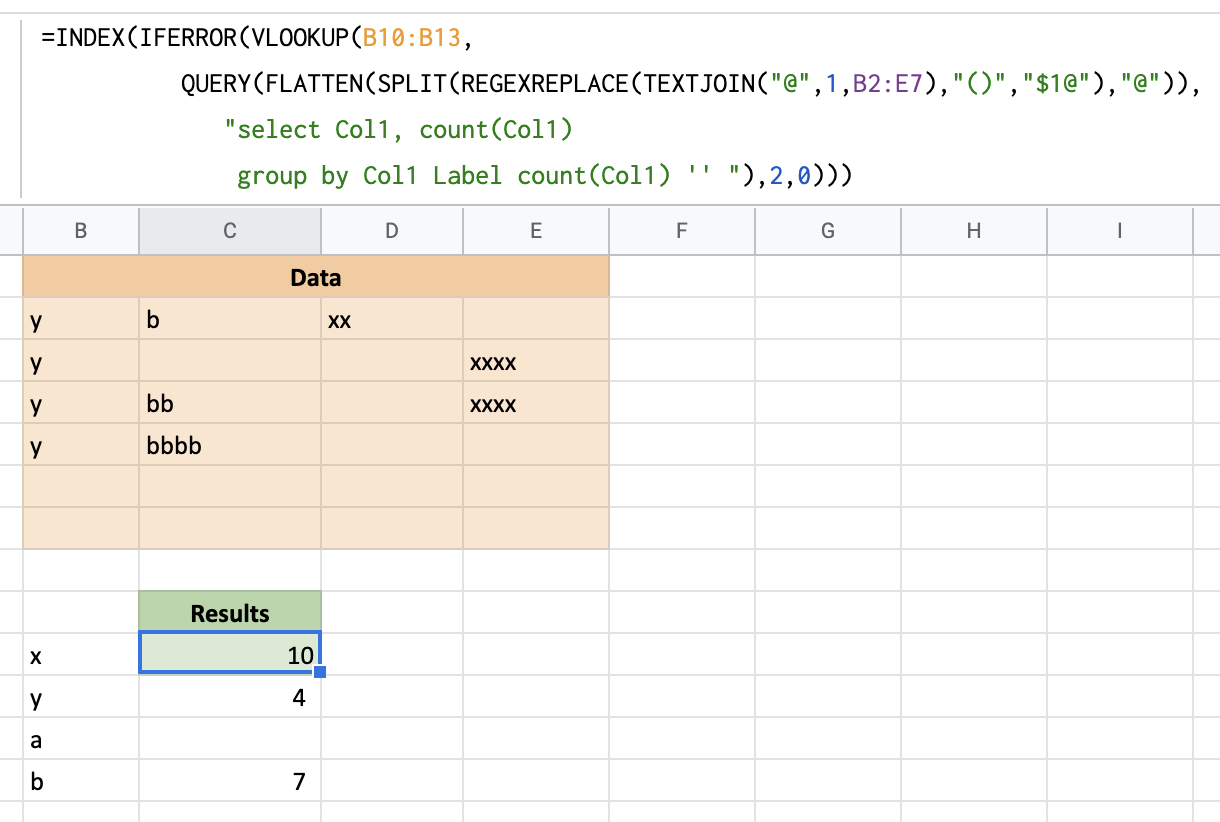 (do adjust ranges and locale syntax to meet your needs)

What the formula does:
The formula counts the number of instances of every single character in a range and returns them in a specified order.

Try this formula out?

Finding occurrences of a String in a Cell

My addition to the Source Material:

IMPORTANT: In your post example, you place the results directly underneath the raw data. That is never a good idea, because you'd have to modify the location or the formula every time you add raw data. You should keep your raw-data columns allocated solely to that data and place such a formula as I've provided here to one side or the other, or in a separate sheet (understanding that the latter would require adding the raw-data sheet name to the target range in the formula).

As for how this formula works, please verify that it does, in fact, product the results you want and report back. Once I know that it's what you're after, I'll add an explanation.

2
How to write a logical function that checks several columns and rows
6
How to count items meeting criteria in multiple columns
4
Case insensitive character string filter for multiple individual columns (dynamic input for each)
4
Count number of consecutive entries with Arrayformula in Google Sheets
1
How to color cells in column A if cells in other columns relating to those column A cells are filled in?
0
Trying to make a column of "select count" in reference to another column
1
How to sort Column B to match with column A in Google Sheet?
1
Decompose a column into multiple columns with TRUE/FALSE values instead
0
Filter the data of two different column