Is there a way to make a line in Google Maps account for the curvature of the Earth?

When creating a line in Google Maps, it will be drawn straight between the two points, without accounting for curvature of the Earth. So, while showing the shortest path on the flattened map of the globe, it does not reflect the actual shortest path between those two points.

My question is, is there any way to draw such lines myself in Google Maps?

Such lines are called geodesics and this site offers to draw them in Google Maps. See also this question: Is a straight line on google earth or google maps geodesic?

If you enable the Map Labs, and active Distance Measurement Tool, you will be able to measure a distance between two points, and draw a earth-curved line. 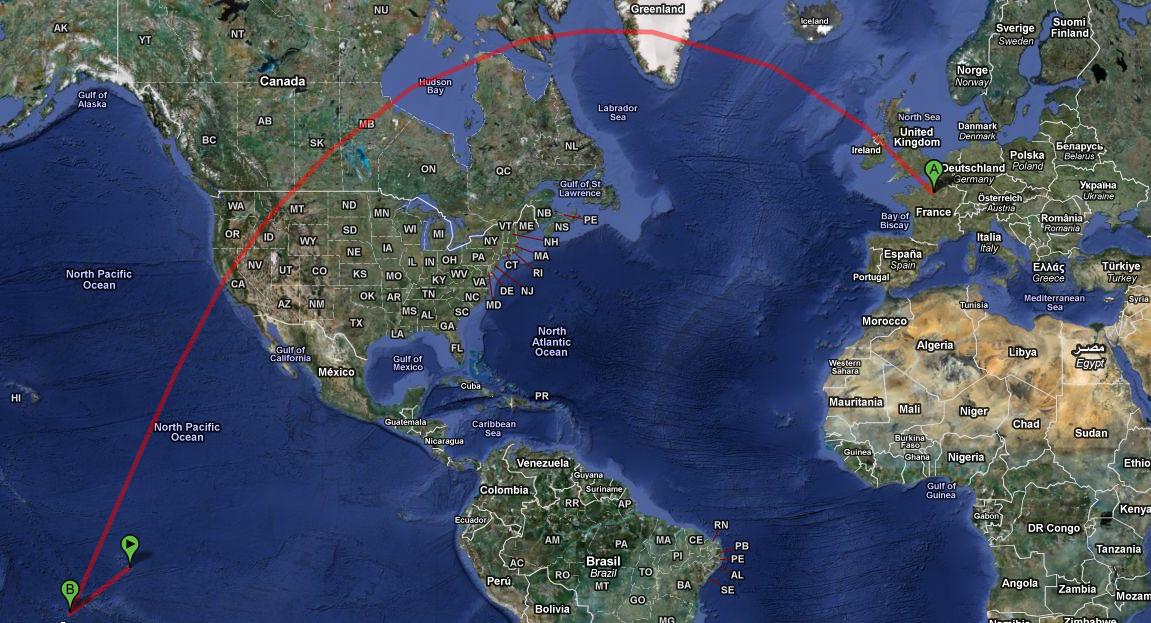 The reference for the polyline options is available on the Google Maps JavaScript API V3 Reference.