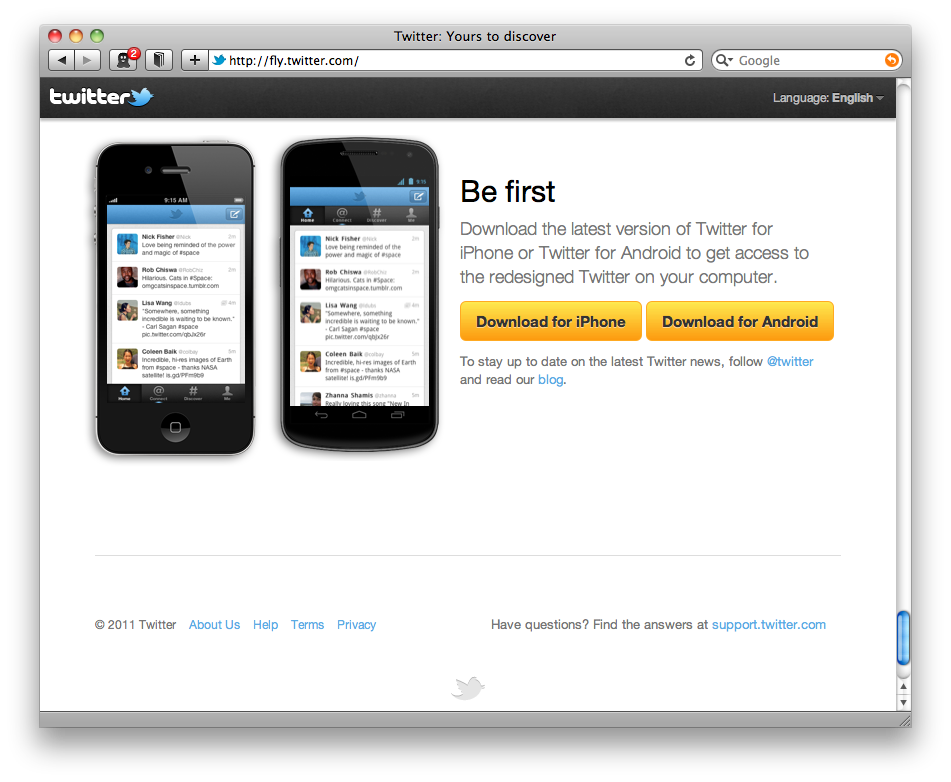 22
How to avoid Twitter's URL shortening
36
How did this guy hack Twitter's 140-character limit?
3
Why is Twitter's "Discover" using someone I've unfollowed?
3
Why Twitter's favicon goes randomly black?
1
How to set URL or domain as Twitter's username?
2
How to get definitions of Twitter's hashtags
0
How to manually open twitter's "more tweets" page?