I don't know what to do, my friends and I are being harassed. Also false mass reports from this person's fake accounts are also being directed to us. I have tried reporting her for harassment and then I have blocked her. I think the account I blocked is her alias (she actually confirmed this before).

She has threatened me and verbally harassed me. Now that I have her blocked she is false reporting everything my friends and I post on every page we go to. It doesn't matter what we post she gets on her multiple fake accounts that she has admitted to having and mass reports us. One of my friend's accounts has been suspended for only mentioning this person's fake account name but the account still seems to be active.

I'm so confused over the whole thing and a lot of us are thinking about just deactivating our Facebook accounts altogether and using another social networking site even though we don't want to because we all adore and enjoy Facebook.

Is there a 'phone number for Facebook that I can call and an email address we can write to?

It is best to paper mail Facebook, rather than using 'report' links. It have tried this before and action was taken within 7 days of mailing a letter to them.

NB: I would put a text version in for these links but Facebook changes layout more often than they do links

If it is actually serious, consider using Social Reporting. 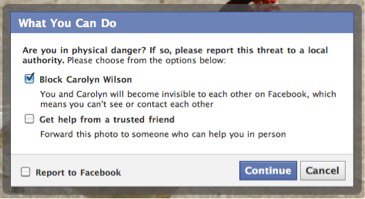 Choose "Get help from a trusted friend" 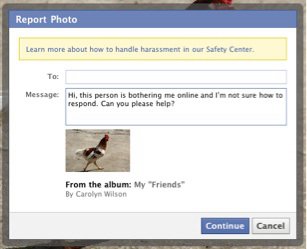 If you know this person from your workplace or school, consider using an official email from there and forwarding the message. 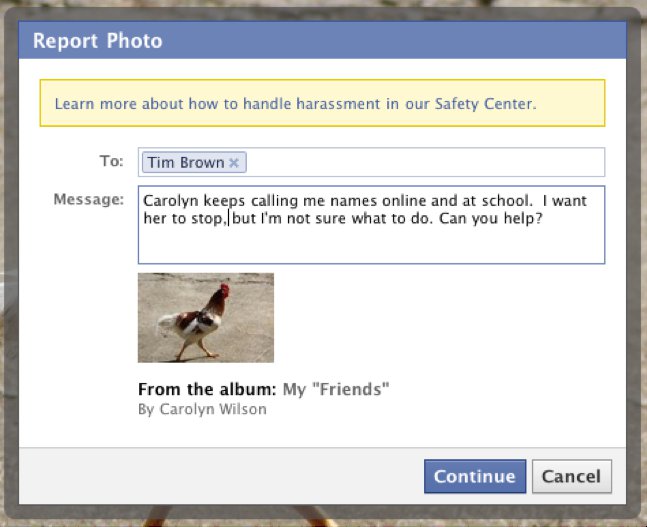 Harassment is something work offices and schools take seriously nowadays so you can be sure to get a quick response that can escalate quickly. Also ask your friends to social report as well adding to the validity.

This does not contact someone at Facebook but gets to the gist of the problem by contacting someone close to you in authority who can act accordingly to resolve this situation locally.

Don't ever expect to be able to contact them directly. With the millions of accounts they have there is no time to address each person personally. All I can recommend is if you know who is doing it, block them and report them for bullying/harassing. I don't think there is a way to challenge people's reports.

Here are some reports buried deep in their help section that may help.

If your profile is disabled: http://www.facebook.com/help/contact.php?show_form=disabled

If your profile is unavailable: https://www.facebook.com/help/contact.php?show_form=profile_unavailable

Suggest a method to handle it: http://www.facebook.com/help/contact.php?show_form=ui_profile

I would try them all and see if you get a response.

Go to MariSmith.com or Web Marketing Conseil. They have a lot of ways you can contact Facebook. I cannot pin point one since I just found this today and haven't used it personally. But if your situation is bad, its worth giving it a try.

Not the answer you're looking for? Browse other questions tagged facebook privacy account-management or ask your own question.