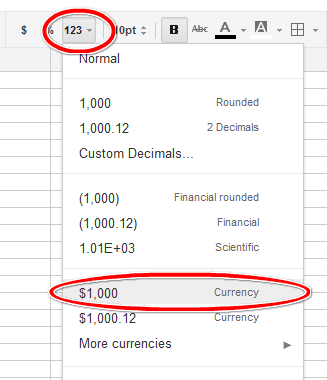 In Google New Sheets - being rolled out in April 2014, setting currencies and decimals are split, as you can set the currency first (now hidden at Format -> Number -> More Formats -> More currencies) and then use the Decrease/Increase buttons to change the decimals: 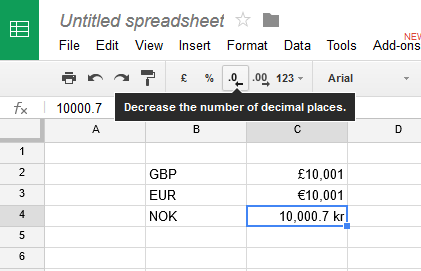 Note that I found a bug in that if you decrease decimals on multiple cells, then they will all be reset to the currency of the first cell - so select each currency on its own.