A message from our CEO about the future of Stack Overflow and Stack Exchange. Read now.

How do I star public transit locations?

I commonly use a couple train stations when I come in and out of Chicago, is there a way to star them on the map so they are more visible when looking around on the Maps program on my phone? They don't have a star to click like businesses.

By "train" I mean the local train; the 'L'. Union Station stars just fine, but not the L stops (or bus stops). 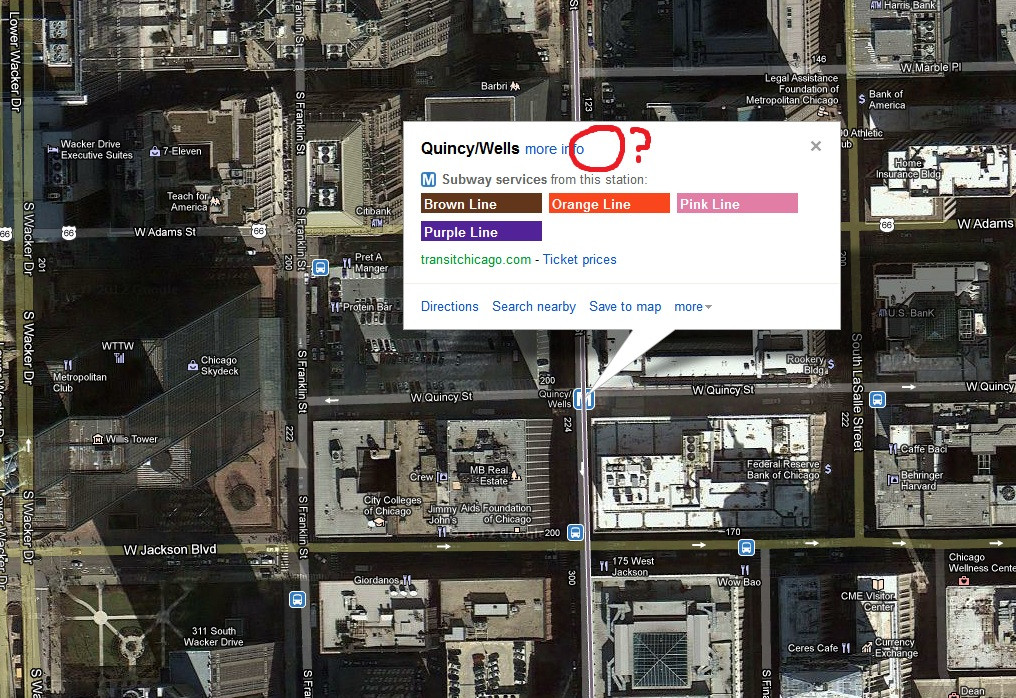 Edit 2013-05-26 With the new version if Google Maps a Google+ account is probably not needed.

Edit tl;dr You can star locations once you've checked in to them from Google+.

Here's a way I managed using my iPad and Google Maps in Safari. You have to have a Google+ account.

The following shows a bus stop called "Peel / Notre-Dame" in Montreal where I did a check-in using Google+, and it can now be starred in Maps under "My Places":

I know the Android version of Google Maps app is much more powerful than the iOS version (this won't work on iPad's Google Maps App - it has to be the Safari version). But the Google+ check-in seems to be the key to get the place to be "starable".

You can indeed. In the web version of Google Maps: 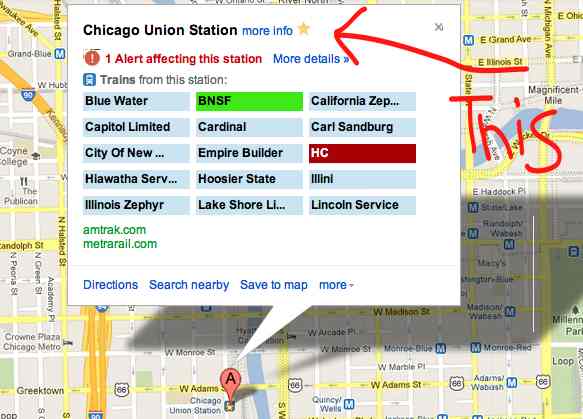 That's it; this location will now show up as a star when you browse Google Maps. If the transit stop doesn't have an easily searchable name like this, use an address, or an intersection; you can still do this. (I have my house starred like this on Google Maps.)

9
Can I change the Google Maps default to have “transit” enabled?
3
Add many locations to Google Map?
14
Is there a way to customize foot speed for Google Maps Transit directions?
1
How to save Google map with pinned locations?
9
How to find my saved locations in Google Maps?
6
Cannot create new lists and cannot save places to existing lists in Google Maps