I've been having a weird issue with Gmail window formatting for quite a while now and it drives me mad. It only occurs on one of my computers (does not occur on laptop, nor PC at work). It affects all of my Gmail accounts. I use Mozilla Firefox 12.0 and 13.0 (changing between versions does not affect the issue).

Some time ago a weird horizontal bar appeared at the bottom of the screen. Normal mail text area increased in width something like 10000%. So basically, a paragraph became a single line. Only Enter makes the text go into new line.

I took two screenshots to show what is the problem: 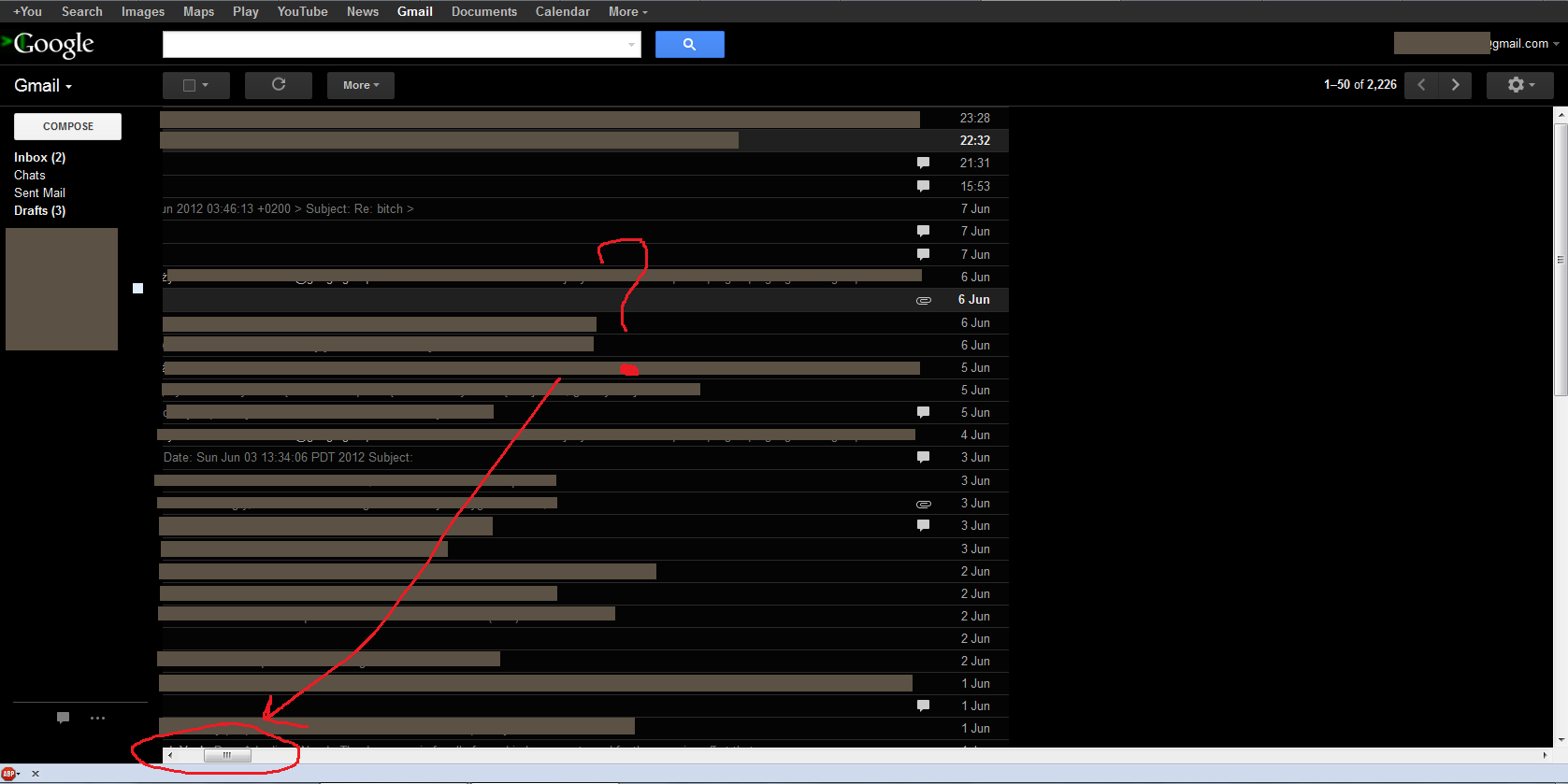 On both laptop and work PC, there is NO horizontal bar at the bottom of the window. I can only see it on my main PC. Some messages that contain < center > tag are the most annoying, because I have to scroll the horizontal bar to the exact middle position (which in case of short messages is hard).

I've of course done a good bit of googling, but haven't found any working solution.

How to fix this issue?

This is like a zoom, but a zoom affect all the page, not only one area. Try Edit > Restore. If I dont work, download Google Chrome on your computer that have this problem and try.

Simple workaround to this 6 year old problem: Go to Reply to (<-- V) menu above edit box. Select "Change Subject" from the menu. This puts you into the pop-up editor and internal margins fit window! 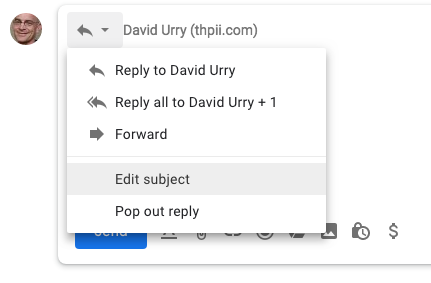 This issue is now (mid 2019) affecting my gmail in Chrome v74.xx on messages received as well as an occasional message that I'm responding to (I've yet to experience this in a new email that I am creating from scratch). The solution posted by David Urry above does indeed work, but only within the popped out box - not within the normal window. Is there some means of making this fix apply to the normal gmail view (i.e., not popped out, regardless of what theme is used).
Also, on my surface pro 6, using the control + scroll wheel affects the whole window frame, but frustratingly creates havoc in the actual message window that is not useful.

Not the answer you're looking for? Browse other questions tagged gmail or ask your own question.

1
Gmail - Google Apps - Inbox Folders Clipped by Google Window
12
Set “All mail” as my default Inbox in Gmail?
0
Mark Gmail inbox mail tagged as the mail address
1
Gmail popout window size
0
Apply inbox label to mail in gmail
4
Gmail shows an email (categorized as inbox), in “all mail” but not in inbox
1
Mail labeled Inbox, not showing in inbox