What does starring a repository on GitHub do?

GitHub rolled out their new notifications and stars feature.

But does starring do anything for a repository?

Is it just to show support or interest? Is there any functional purpose to the user?

If not, why should I use them? Do other users, or maybe even GitHub, benefit from me starring a repository?

The big difference between watching and starring a project comes down to notifications.

On the other hand, if you star a repository, you basically want to show your appreciation as well as keep track of repositories that you find interesting without it spamming your timeline.

This is clearly stated here in the Github blog post,

A quick note: activity from starred repositories will not show up in your dashboard feed.

The other main thing worth noting is that any repositories you were previously watching can now be found on your stars page. If you want to go back to watching them, you’ll need to change them over yourself. There’s also a new auto-watch feature; when you’re given push access to a repository GitHub automatically adds it to your watch list.

You can see a list of your starred repos at github.com/stars. And popular starred repos at github.com/popular/starred 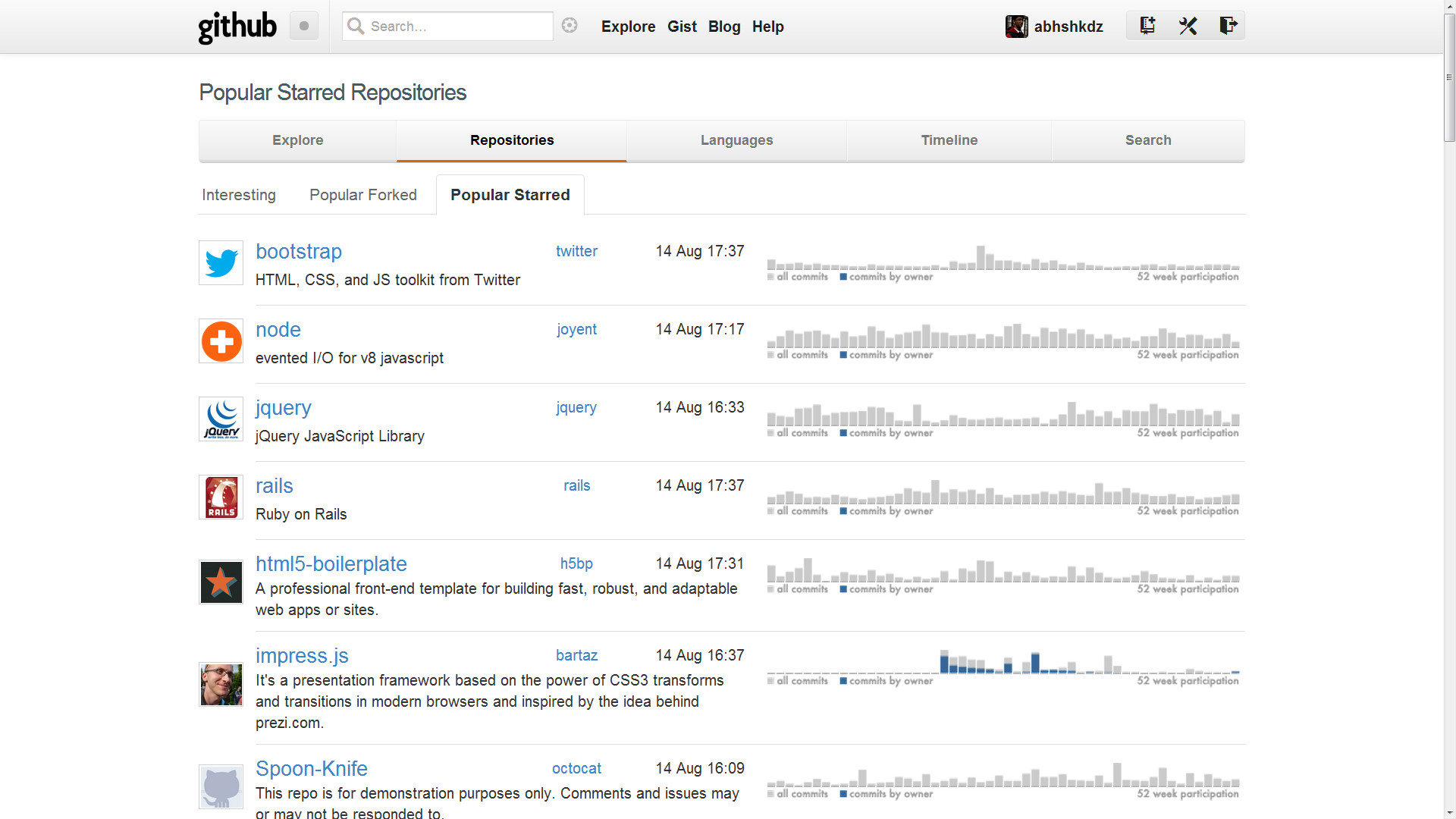 An additional advantage to starring is that 3rd party services can use them to provide custom notifications. For instance, Sibbell, Gitnotifier.io, etc. offer services for these types of notifications.

15
How Can I Really Turn Off "Close Friends" Notifications?
6
Stop receiving GitHub notifications
4
How can I default GitHub Enterprise to private repositories?
3
Embed GitHub repository overview and stats
11
What happens if dependency repository is deleted on GitHub?
0
Initialize a GitHub repository after creation
3
Why is the GitHub "file upload button" not showing up?
11
How do I view what programming languages are used in a GitHub repository?