I know YouTube doesn't allow normal users to direct download video files but I'm talking about my own videos. They have explicit functionality for that so I'm not talking about violating YouTube's Terms of Service or requesting some illicit program.

YouTube has a "Download MP4" button when using Video Manager, but it seems to only let me download three videos at a time, based on some weird timer; after the three downloads are over, it doesn't seem to let me download another.

I have a few hundred uploaded videos that aren't on my HDD due to a lost disk (yes, I backup...but I only kept those videos on the backup disk, which died). I would really like to get local copies of those videos, but downloading them three at a time, especially with an unknown waiting period between batches, just doesn't scale.

Is there some way I can make this easier?

The Google Data Liberation Front provides Google Takeout, which allows Google users to export their data to a downloadable ZIP file. Here is the link to export one's Youtube videos: https://www.google.com/settings/takeout/custom/youtube . It will create an archive containing all the original uploaded videos. 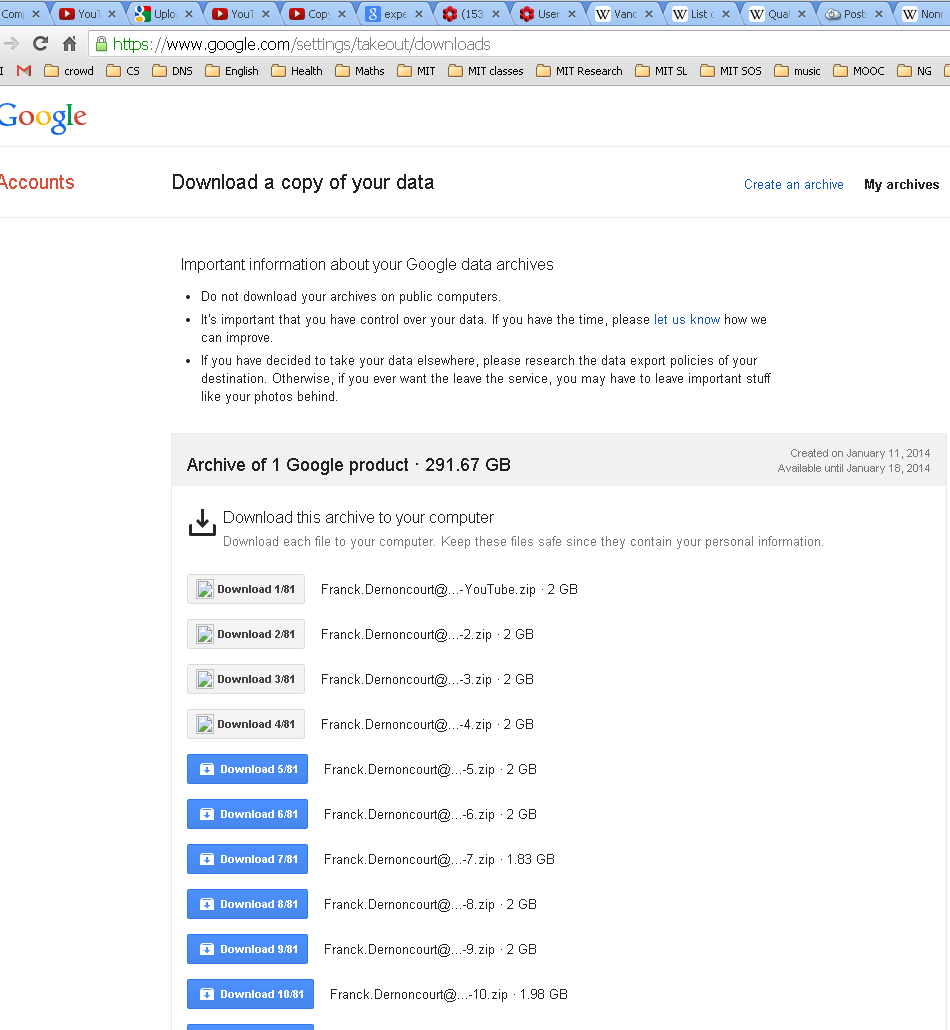 There is no option on YouTube for a bulk download. Documentation is here, and is based on Google Takout, which lets you access and remove any info you've stored in Google properties.

On that page there is a link to the Google Moderator request for the functionality of a bulk download, feel free to vote the idea up.

Lastly, the official download limit is 2 videos per hour when downloading to MP4.