How does Mint.com Budget Once work?

It then shows up on my budget list saying "$0 spent, $500 set aside this month." However this does not change my number on the right that gets calculated based on income and other budgets. Which is the "You've budgeted..." $x,xxx income and $x,xxx spending. However, I would expect $500 to be added to the $x,xxx spending amount so that I can see how much money I really should have left over at the end of the month.

Is this a bug or am I just mistaken on how this feature works? 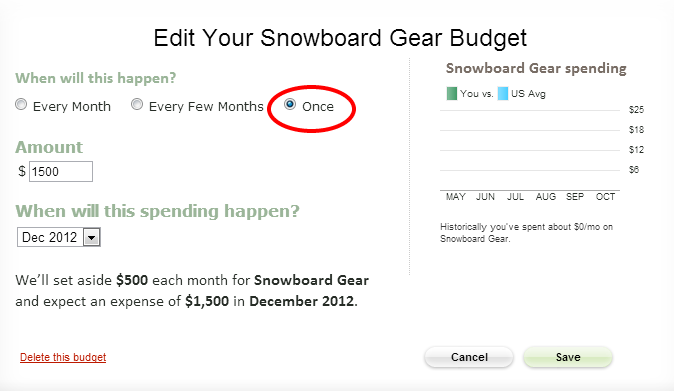 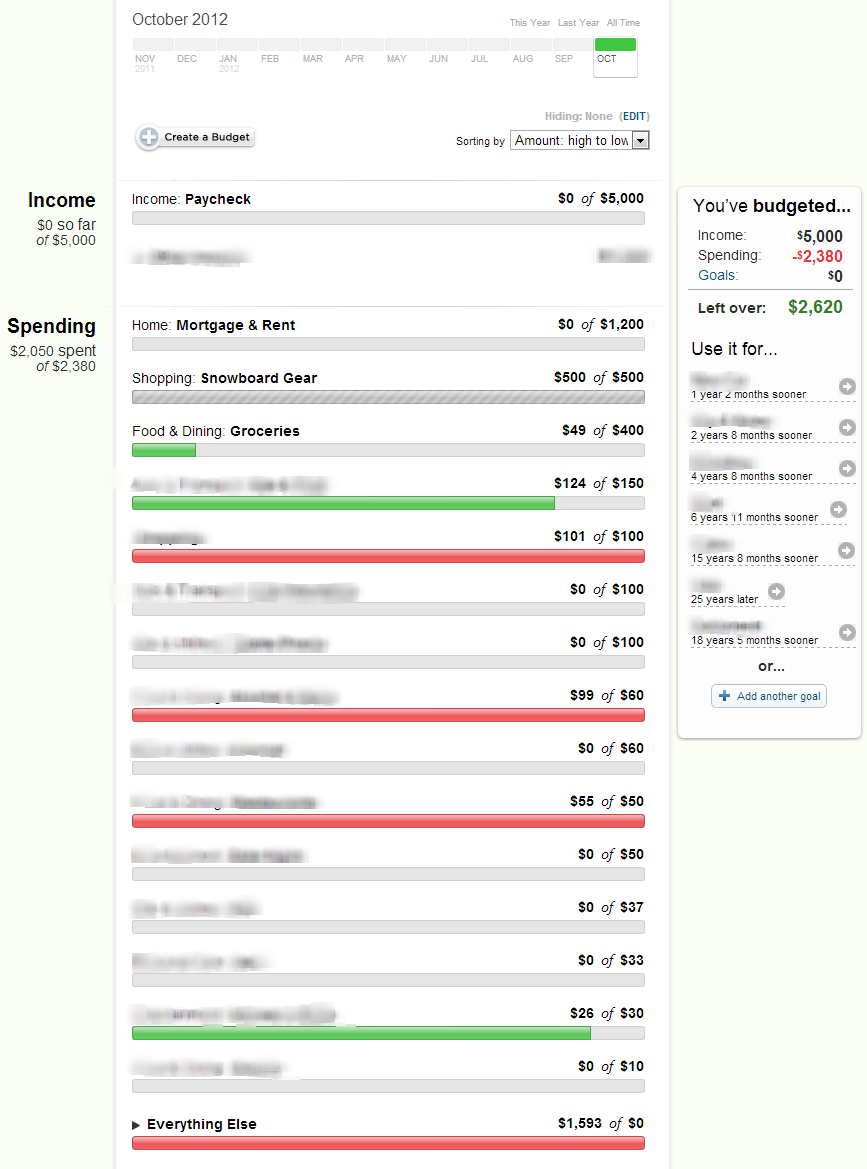 Since there has been no activity here I will try answering. It looks like this is probably a bug. I just tried adding a future item to my budget list and the per month budget is getting reflected in my total on the right.

If you are still experiencing a problem with the totals not lining up I would submit a bug: https://www.mint.com/help/

Not the answer you're looking for? Browse other questions tagged mint.com or ask your own question.

14
Many of my accounts on Mint.com often fail to update
12
Importing financial history into mint.com
7
Using Mint.com to pull and validate data from my ING Direct account
3
How do I set a 'budget' in Mint?
28
Does Mint.com have an API to download data? If not, are any scraping tools available?
7
How can I track investments in Mint that aren't on an online account?
2
How can I create an account in mint.com for cash that I keep in my home and not in a bank account?
1
In Mint.com, can we run any SQL like queries?
4
How do I unhide a card in Mint?