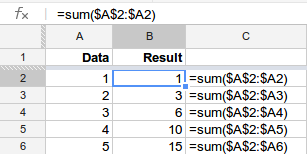 5
Creating a function that runs when a Google spreadsheet is opened
0
Automatically transpose imported txt file rows to columns in Google Sheets
1
Google Spreadsheet partial row transpose and shift, partial row split
1
Dynamically sum each row and column by arrayformula
1
Perform different functions depending on if a call is blank using Google Sheets
1
Create list of cell addresses contained in a range
1
Multipliers In Google Sheets
0
How to make variables dynamic in ARRAYFORMULA/QUERY Combination