As you probably know, the YouTube video player caches the loaded portions of the video so one can seek to any previously-loaded part of the video without re-downloading it. When viewing a video and the playback stops in order for the player to buffer more of the video, I usually go back to a previous already-downloaded point (less boring than staring at the throbber). 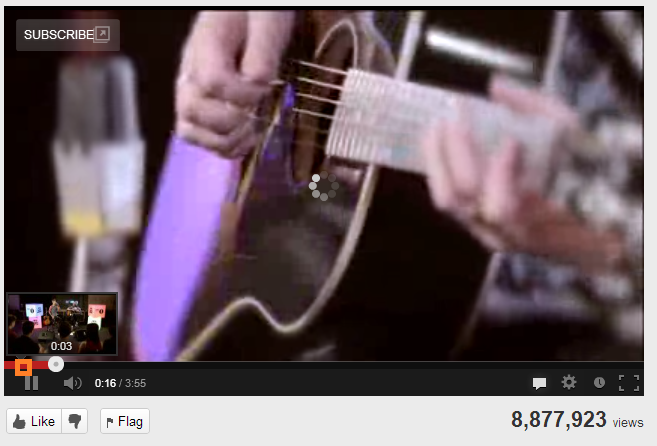 the player seems to discard the cached file and start re-downloading the video starting at the specified point. This has been happening for quite a while, and it's bothering on my low-speed connection.

Why is this happening and is there a workaround?

I tried using the experimental HTML5 player; it showed the same issue.

It's a bug that YouTube needs to fix. As the player is Flash, there's no possible workaround for this issue. But there's a better way to watch YouTube videos from a PC video player called VLC, if you don't have VLC, search the web for download links.

Open VLC Player -> Click the Media tab in the menu bar -> Select Open Network Stream and paste the video to the YouTube video you want to watch.

Tip #1: You can also play a playlist, just paste the URL to your playlist.

Not the answer you're looking for? Browse other questions tagged youtube video cache or ask your own question.

4
How to change video in YouTube channel
2
Gray pixels in YouTube video
2
Is YouTube being throttled?
7
Is YouTube throttling video downloads now?
2
What happened to the ability to go back in an already-loaded YouTube video?
1
How to check a video has already been posted on YouTube?
0
Is all the data of a 144p video also stored EXACTLY same as in a 720p video?