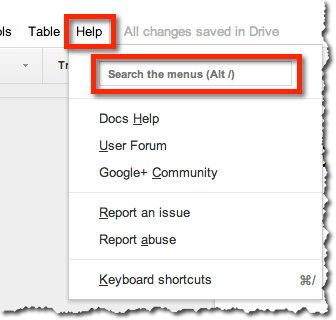 Using the information in other answers, I created an AutoHotkey script that can lets me apply my two most used fonts with a hotkey. If the following script exists named "AutoHotkey.ahk" in the Documents folder and AutoHotkey is running, Alt+c will change the font to Courier New (for mono-space) and Alt+a will change the font to Ariel (the standard font). Since this script relies on the Alt+/ hotkey to search through the menu item, it can probably be adapted to make any formatting change that uses the menu. Note: increase the delay milliseconds after Sleep if the script operation seems to get stuck in the middle, as the web page may not be ready for the next input yet.