Can I add an image as a logo of a GitHub repository?

I'm posting a link to a GitHub repo on Google+ and then it's giving me the GitHub logo. I would like to add logos to my GitHub repositories. Is that possible?

If that's not directly possible I will revert to adding an image to README.md, although that would be more tedious, since it also requires adding the image to the repository. Maybe there's a quicker alternative as well?

Not related to the main question but it is possible to add a logo to an account (including organization accounts) through gravatar.com.

When posting to Twitter, Google+ or Facebook, the only logo that will come through is the image attached to the owner or organisation that owns the repository.

As such, to edit what that logo is, you will have to update the linked Gravatar image attached to the email on that owner or organisation account.

You could add an image to the repo itself, but that will often not come through as an option for the thumbnail/image that's shown with the link. Doesn't matter if the image is part of the repository, or hosted elsewhere, it won't show up.

You cannot add an image as a logo of a GitHub repository, but README.md does not require adding the image to the repository as you can use external images as well, e.g.:

Now it's possible under the repository settings. 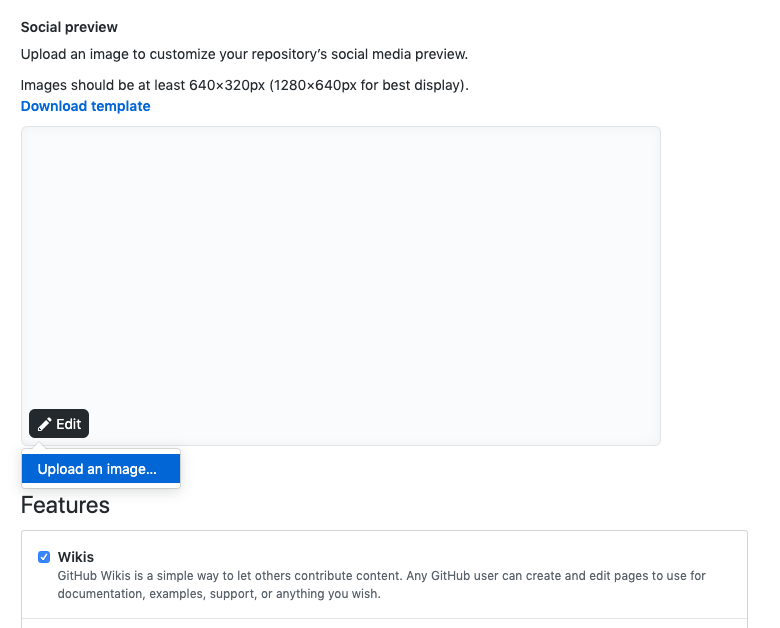 Not the answer you're looking for? Browse other questions tagged github images or ask your own question.