Is it possible to calculate the most convenient base of travel to reach multiple destinations in Google Maps?

I will be moving to a new city. In this city I will be working at different plants. I only work at one plant a day, but will be going to different plants on different days. I want to live at the location that will allow me to travel the least on a weekly basis using public transit. In other words, I want to live in not necessarily the geographical centre of these locations, but at the location that would take me the least time to travel to each of these destinations.

I have pinpointed in Google Maps the locations of the plants (a hypothetical example is below). I would like to extrapolate where I should live. Given all of the possible transit routes and options in this large city, and the four different plant locations, I am facing hundreds of possible living locations. Is there a way to calculate which of these locations would, on average, lead to the least amount of travel to the plants on a regular basis?

Below is an example picture. Although the geographical centre might make sense, it is quite likely that it would be very suboptimal if it is far from public transit centres and such. A site quite far from the centre may be much more efficient if it's, for example, near the central hub of a metro system. Almost a third of this map near the middle could be up for grabs if it is convenient. Luckily, Google maps calculates travel times using public transit, but I do not know of a way to do what I want to do. 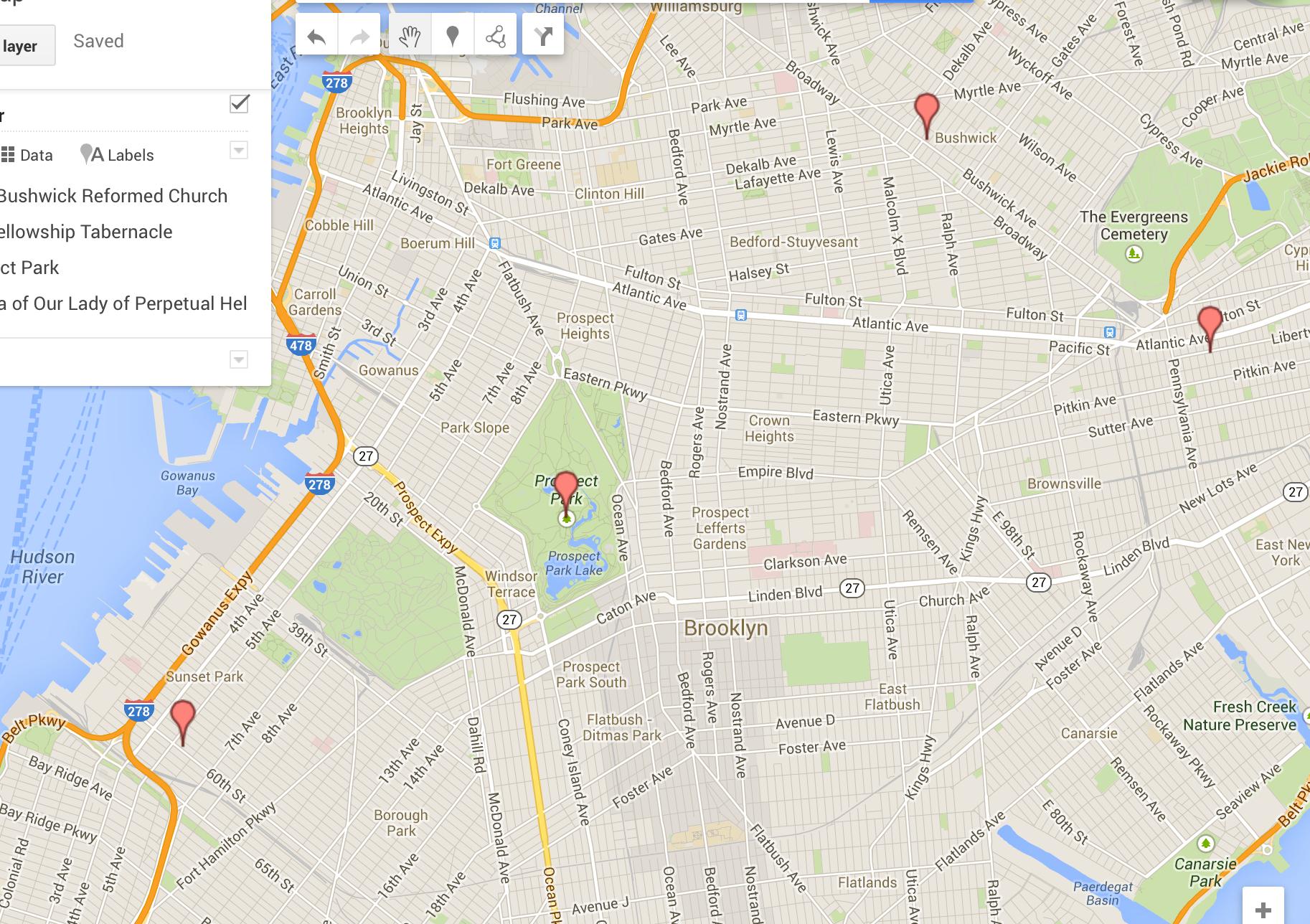 I don't know a way to automate this. As this is a one off I would do this.