I'd like to be able to find all files in my Google drive that contain the string "_INSTRUCTION_" in the file name. Is there a way to do this?

EDIT 1: When I search for "RMA2013", I should get a dropdown with several options. As you can see, there are several Word and .pdf files with the phrase "RMA2013". Still I get no dropdown help: 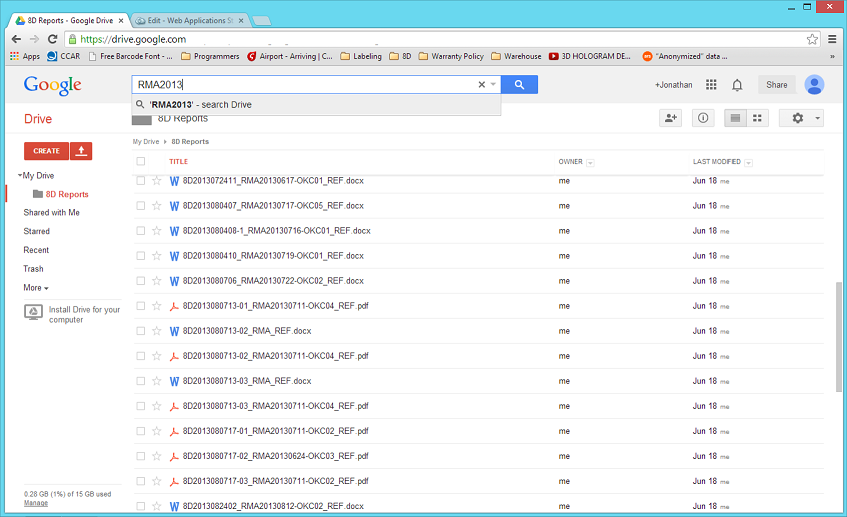 And even if I click the search button, I get nothing: 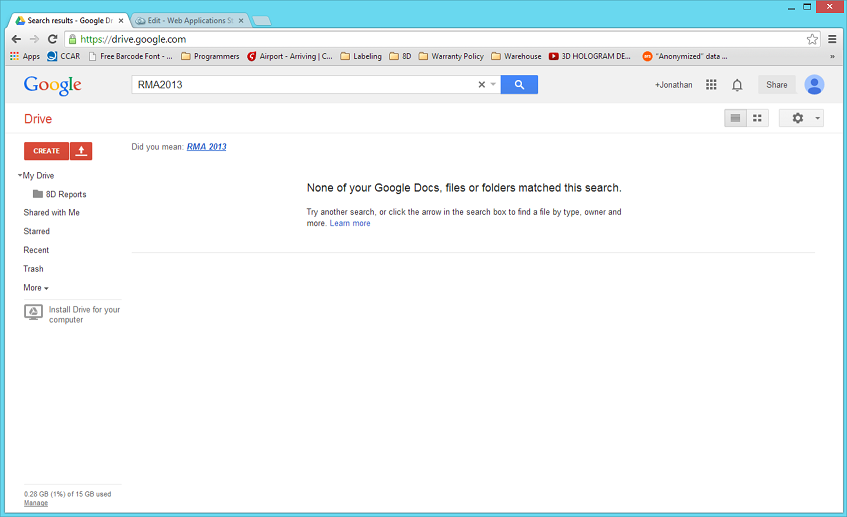 By request. At the bottom is a file with a ridiculously long name (more even than shown) that includes _INSTRUCTION_ in its name. The top part of the screenshot shows the dropdown that automatically pops up as the search term _INSTRUCTION_ is being entered:

In my Drive I only created one such file name but where several file names meet the search term the dropdown list expands to show more than one name (for me!).

The Original Poster is trying to find a string of text that appears in the middle of a string that contains no spaces. This cannot be done in drive without a custom script.

This behavior appears to be by design based on typical human behavior. When we search for a file, we generally start typing from the BEGINNING of a word to the END... as you complete the word, you will notice the list of files narrowing down. It works for the most part and generally prevents users from getting frustrated from having thousands of names which are false positives. While this is nice for the most part, it would be nice to override this setting with wildcards :/

Now, others have suggested solutions contradicting this rule. But that is because there is confusion about terms, specifically what is meant by finding a string in the "MIDDLE" of a file name.

Try putting a ? in front for a partial search.

By default Google Drive searches for full words. If you want to change that you can put "title:" before your search term. So for your example you'd search for "title:RMA2013". The other option is to hit the little down arrow on the right side of the search box and type the search text into the "Item name" search box instead of the "Has the words" box.

Not the answer you're looking for? Browse other questions tagged google-drive search or ask your own question.