I don't care whether it uses actual bullets, or hyphens, or anything else as long as it can convey that structure.

However, Facebook insists on stripping out my leading whitespace, so the best I can do is

This is a super-old question, but I just figured out how to do it, at least on a Mac, so I thought I'd just leave this here and see if anyone gets any value out of it:

Here's what it looks like after pressing Enter to submit it:

For the 2nd line, ("i. Indented"), I began the line by inserting a Backspace and an Ideographic Space with the help of the Character Viewer: 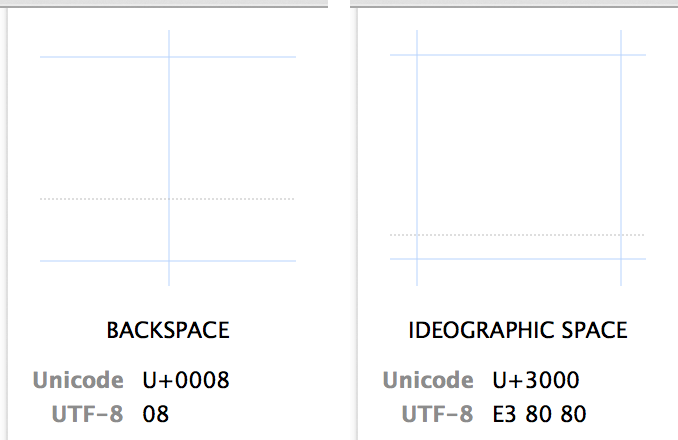 The third and fourth lines ("a. Nested" and "• And so forth.") have two and three ideographic spaces after the backspace, respectively.

The trick, I think, is that the indented lines begin with a backspace character, which Facebook's leading-space-stripping algorithm is not expecting. Also, as far as I know, this can only be done with the Mac character viewer. Trying to insert a backspace on Windows with the ALT key and numeric keypad will likely delete the previous character, rather than insert a backspace as a character.

In time, Facebook will figure this one out, bur for now, it works fine.

To confirm the answer above, I was able to indent text in a Facebook posting using ONLY the Ideographic Space. To find the Ideographic Space, open the Keyboard Preferences and then check the box to show the keyboard menu and Character Viewer icon in the menu bar. Bring up the Character Viewer. Under the tool menu button (gear symbol) scroll down and add Unicode to the options list. Select Unicode from the list on the left and then scroll down to the 3000 line. The Ideagraphic Space is the first character.