I'm from Poland with native language set to Polish (if that matters). However, whenever I switch my Gmail's main language to English, I'm unable to reach News, because proper button is disabled: 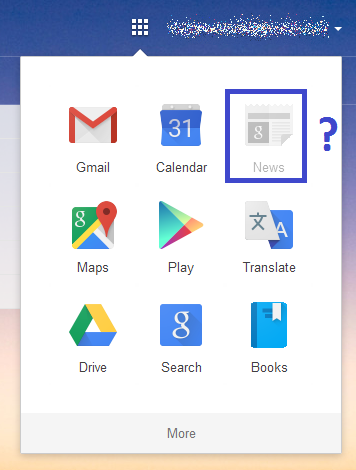 Can someone shed some light, what is happening and why can't I use News, when have Gmail set to non-default (?) language for my country?

BTW: I don't know, if there's any connection, but I recall, that when I set my phone to English with Android 4.2 I changed not only News and Weather interface language, but source of information as well (I was getting news and weather for United Kingdom, with no way to change this). That was fixed (if I'm not mistaken) in Android 4.3 and now I can enjoy English-based user interface in News & Weather application, while still having access to local, Polish news and weather.

The service buttons are dimmed when the App launcher "thinks" that the related service is not available in the corresponding assumed user preferences, like language and related country top-level domain. 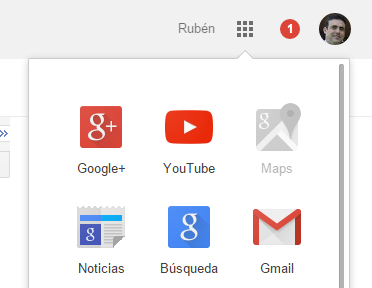 In Gmail, if I set the language to Spanish - Spain or Spanish - Latin America, the Maps button is dimmed but the "Noticias" (Spanish name for the News service) buttons is enabled. But if I change the the Gmail language to English, both Maps and News buttons are dimmed. 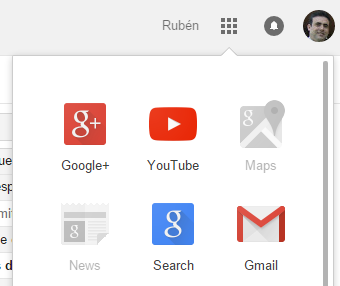 In http://maps.google.com.mx in English the Maps and News button are dimmed.

7
How do I get rid of the right column on Google News frontpage?
2
Move Google Calendar Gmail gadget to top right
6
Gmail weird close button on the right bottom corner
3
Change Gmail account display name on top right menu
2
How can the "Suggested For You" feature of Google News be disabled?
2
Prevent Gmail right-click from opening a New Message panel
0
How to show display name in top right of GSuite Gmail just like normal Gmail