How do I get the compose window in Google Inbox to go full-screen/pop out? [closed]

Want to improve this question? Update the question so it's on-topic for Web Applications Stack Exchange.

How do I get the compose window in Google Inbox to go full-screen/pop out?

Previously, in Gmail, you had to (shift) click the full-screen expand icon in the upper right corner of the compose window. 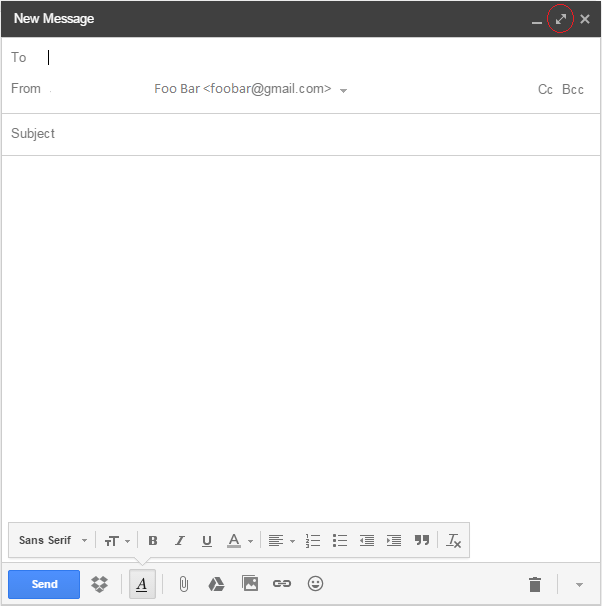 However, I don't see that icon anymore in the new Inbox interface. 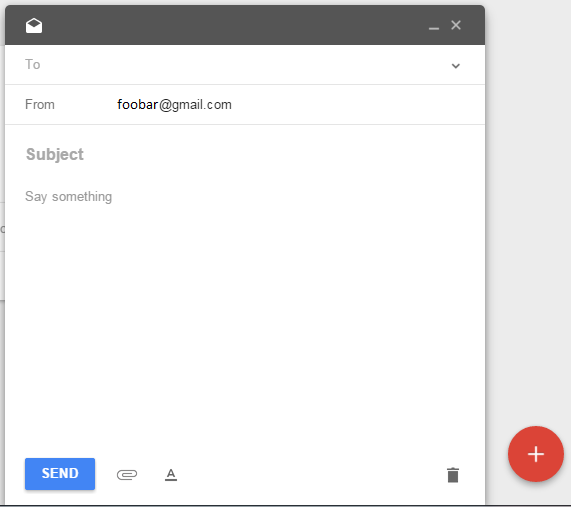 They haven't built in support for pop-out / full screen yet:

Since 4 March 2016, it is now possible to expand the compose window to fullscreen.

Just like in Gmail, you can now expand the compose window in Inbox. Perfect for planning an elaborate surprise 😁

This doesn't seem to have been implemented yet (opening the compose window "fullscreen" AKA in its own window), and as it seems it'll never be implemented (it's a trivial thing to implement, yet this has been requested 2 years ago / since 2014)!

What others that have responded here call "full screen", is just making a "virtual frame" within the same window bigger, that's all, which creates / doesn't solve issues associated with doing that (mainly when text-inverting), but also that you can't switch back-forward - or have on another screen in a multi-screen setup).

The best solution I've found is, to have Google Drive / Docs open in another window, then composing there in a Google Docs and then copy-pasting that into the Google Inbox reply / new mail window. Of course you can use any other text editing program or web app, but, like Inbox and Gmail, with Google Docs / Drive, changes are saved automatically to your Gmail account, which IMO is safer than using a stand-alone app.

Not the answer you're looking for? Browse other questions tagged inbox-by-gmail or ask your own question.

8
Is there a link to compose a new message in the Inbox by Gmail interface?

2
How to filter out done reminders in Google Inbox?