So Google Drive is telling me I'm almost out of space for photos. I only use that storage so it can auto-awesome things.

Is there a way to remove all photos not used for auto-awesome, to free up space? Or grab all auto-awesome and download/move them to somewhere else and then clear out everything?

Or maybe I am misunderstanding auto-awesome, are those not single files that have been created and therefore can't be separated? When I search for only auto-awesome, it seems each search result is an entire day of pictures even if they weren't all used to make the auto-awesome.

There was a question about deleting auto-awesome, but it hasn't been answered and is the opposite of what I'm trying to do.

The KB article on auto-awesome doesn't say much about how to locate the specific file or file types.

If you just want them for Auto Awesome, maybe you don't need to upload them in full resolution. (Since the resolution of most Auto Awesomes is downgraded at creation anyways). Then the photos won't count towards your Google Drive Space at all (free storage).

So go to Google+ settings, and pick the option to upload photos in "standard" size (rather than full size). This way the uploaded photos will be scaled down so that their bigger dimension has 2048 pixels, but they will be stored for free. You won't even need to delete them anymore.

Items that count toward your storage limit

As I mentioned, some auto-awesome effects will not even be impacted by this reduction of resolution. For instance, the output of Motion auto-awesome (which animates consecutive shots) is always a low-resolution image, even if the original images are uploaded in full resolution.

For others, like Effects auto-awesome (which puts a frame around the image and adds an effect automatically), the difference will be that the final image will also be 2048x2048, because it is made from a 2048x2048 image. A full-resolution uploaded image would result in a higher-resolution output.

I hope there's a more elegant way to do this but -

Now, I guess I can just delete everything. 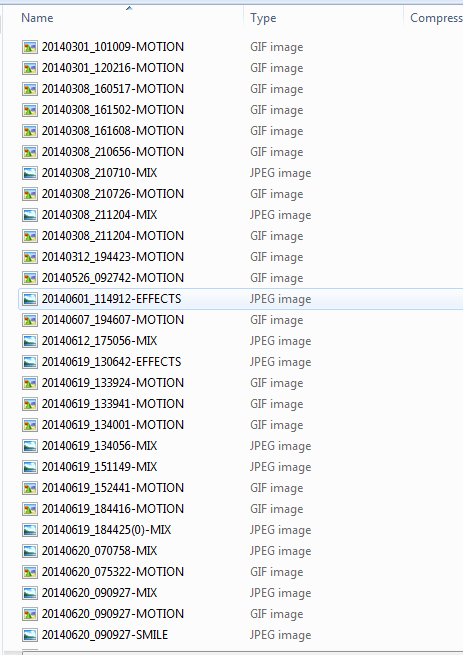 Not the answer you're looking for? Browse other questions tagged google-drive google-plus-photos or ask your own question.

2
How to un-auto-awesome photos in Google+?
14
How to find and remove duplicate Google+ photos
1
Google+ photos to edit (possibly through Google Drive)
0
How Google Photos synchronization works with Google Drive?
4
Hide Google Drive Folder but still Access with Link
2
Deleting photo from a desktop folder synced with Drive Backup and Sync deletes from Google Photos?
0
Google Drive says I'm out of space, but I don't appear to be
0
How to free up space in Google Storage