The current setup returns ALL data in that repeating section as one field. For instance, I have a test form with a section called "Children". That section is repeating and has 2 fields - name and sex. So when you pull the list of available fields, it lists "Children" as a single field with all the data like this:

Wouldn't it be easy to have another hook that would publish each item along with the parent form ID?

Cognito Forms allows you to post a JSON document to webhooks when new entries are submitted that accurately reflects the data being collected. Forms can be hierarchical with multiple repeating sections and even nested repeating sections, so it naturally lends itself to being expressed using JSON. Repeating sections are not stored in a single field--they are actually arrays of child entities that have their own fields and children. 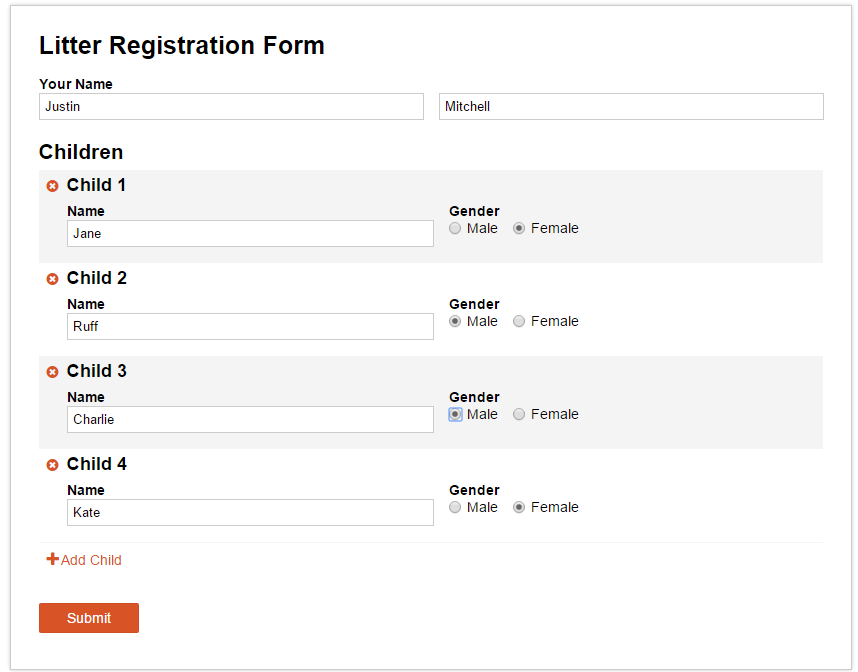 As you can see, the Children repeating section is represented correctly in JSON as an array of child entities, each of which have Name and Gender fields.

Not the answer you're looking for? Browse other questions tagged cognito-forms zapier or ask your own question.