Dropbox is syncing files for all collaborators due to changed modification date, but file has not changed

This morning one of my collaborators sent me a somewhat anxious email, asking why Dropbox was notifying her about changes to lots of shared documents. I checked and found that my Dropbox client was syncing thousands of files, including many that I haven't opened in years.

I looked at one of the synced files in the web client. It shows that the file was modified today, but when I look at the version history it says that this is the original version, which was uploaded in 2013 and has never changed. There are no changes shown in the Dropbox log, either. (The screenshots below might make this easier to follow)

I'm using Dropbox v3.8.6 on Mac OS 10.10.4. I haven't moved any folders, done blanket permission changes, restored from a backup, or done anything else that should have touched a bunch of files.

But when I right-click and look at "previous versions," the file shows no changes.

And the Dropbox log doesn't show any changes at that time, either. 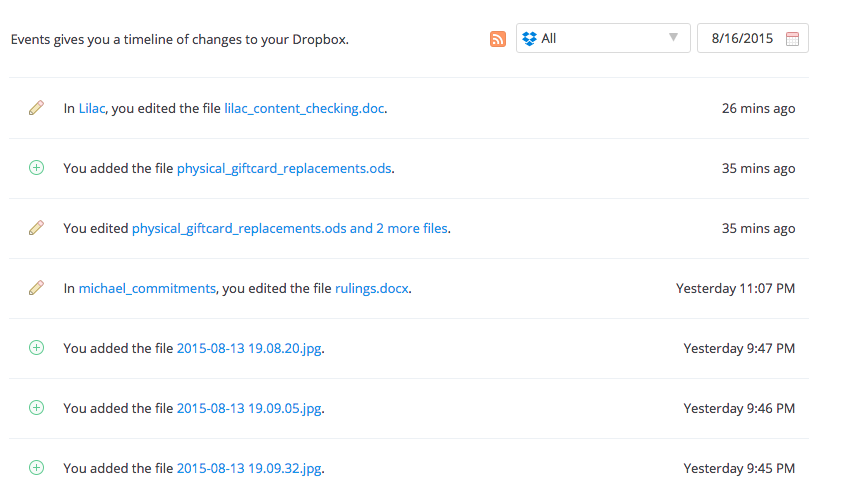 Browse other questions tagged dropbox or ask your own question.

2
Some one has shared folder in Dropbox but the folder is not appearing in my Dropbox
1
Can I link files on DropBox onto a Trello card for members to see and so it updates when the file is changed?
2
Change modified date for files in dropbox