how to find a person given more details on Facebook?

They screwed it up again. In Facebook search how do you get the option to enter more details when trying to search for someone or something? For example you want to find "Jane" who lives in "New York" etc. It used to be if you start typing the name and then click on people it gave more options but it doesn't anymore.

It seems to be based on your search history and which experiment group you are in.

For example for me, based on whether I enter

Will determine if I get the proper search subsection 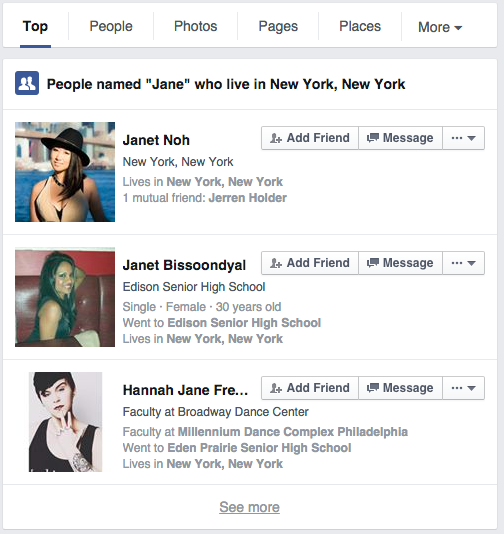 You can always go directly by using the following

This breaks up as People named "Jane" str/Jane/users-named/ and who live in New York, New York /108424279189115/residents/present/ with the intersect to get the intersection of the two sets.

You can also use https://www.facebook.com/friends/requests

which has these filters on the right side to choose from 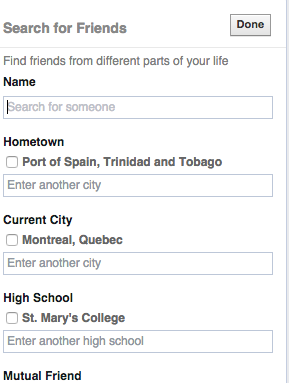 Above the search-bar, you should be able to specify your search by adding filters now.

Not the answer you're looking for? Browse other questions tagged facebook facebook-search or ask your own question.