How many words does the algorithm search through in Google Ngram?

When I run a query for "hers" in Google Ngram Viewer, I get back the word's frequency of occurrence as a percentage. We know the outcome percentage; what's the denominator on the other side? Is it 100 million words? More?

You can obtain that figure by downloading the latest dataset.
In that dataset, the total_counts file(txt) lists the number of unigrams, pages, and books for each year.
Summing up the unigram counts yields the 468,491,999,592 figure.

How the graph is calculated:

Consider the word "circumvallate" (all lower case). From the data download, we look up the 1978 and 1979 figures and get:

Which calculates out as:

If we then look at the corresponding graph, and hover over the respective points, we get: 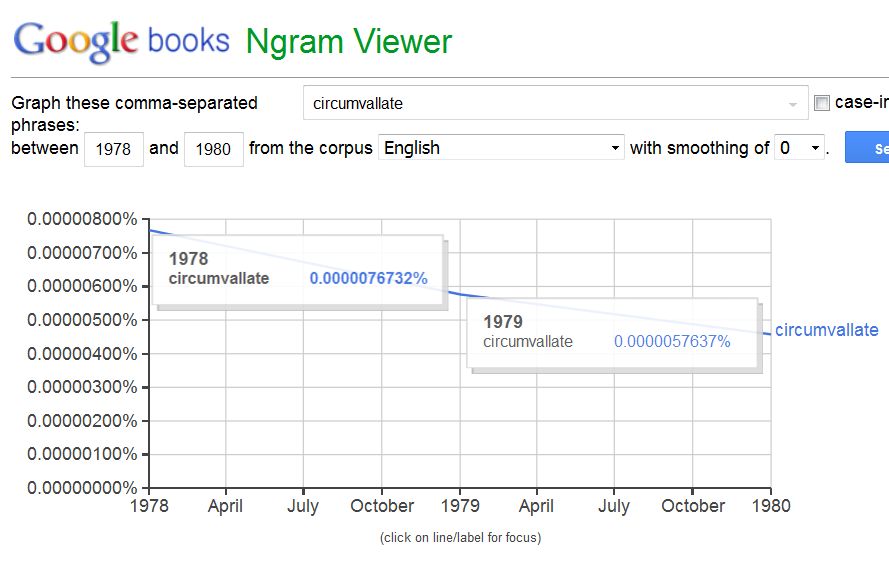 Which agrees with what we calculate.

Not the answer you're looking for? Browse other questions tagged google-ngram-viewer or ask your own question.