How to search for places along a route?

I often try to integrate some errands in trips while I'm underway. For instance, I might look for a specific kind of store that is reasonably close to where I pass by.

I am trying to find out how to drive from A to B and where to find such a store using Google Maps.

As far as I have found out, I can find routes from A to B. Google Maps will then suggest several alternative routes and display them in the map.

However, it seems that while these routes are displayed, there is no way to search for the stores I am interested in. For that, I have to click the X to close the route search (which makes the routes disappear in the map), only then, the search box for searching for places appears again.

How can I display both the places and the routes at the same time (without going through workarounds of having to log in to Google and save maps temporarily)?

There seems to be only one similar question from 2010:

Just realized that there's a workaround for a machine with sufficient screen size - just set the route on google maps and enter your favourite restaurants name in the search box.

As far as I can tell, this is simply not true in the current version of Google Maps, as it is impossible to display the search box and display a route at the same time.

The earlier answer correctly points out that you can roughly do this in Google maps. However it does not lay out the alternatives very clearly.

Road.li lets you put in your start point, end point, and a query, and it will show you places that match the query along your route. It also shows how much time each place adds to your trip.

It is a tool that I created. It should work fine on both desktop and mobile. 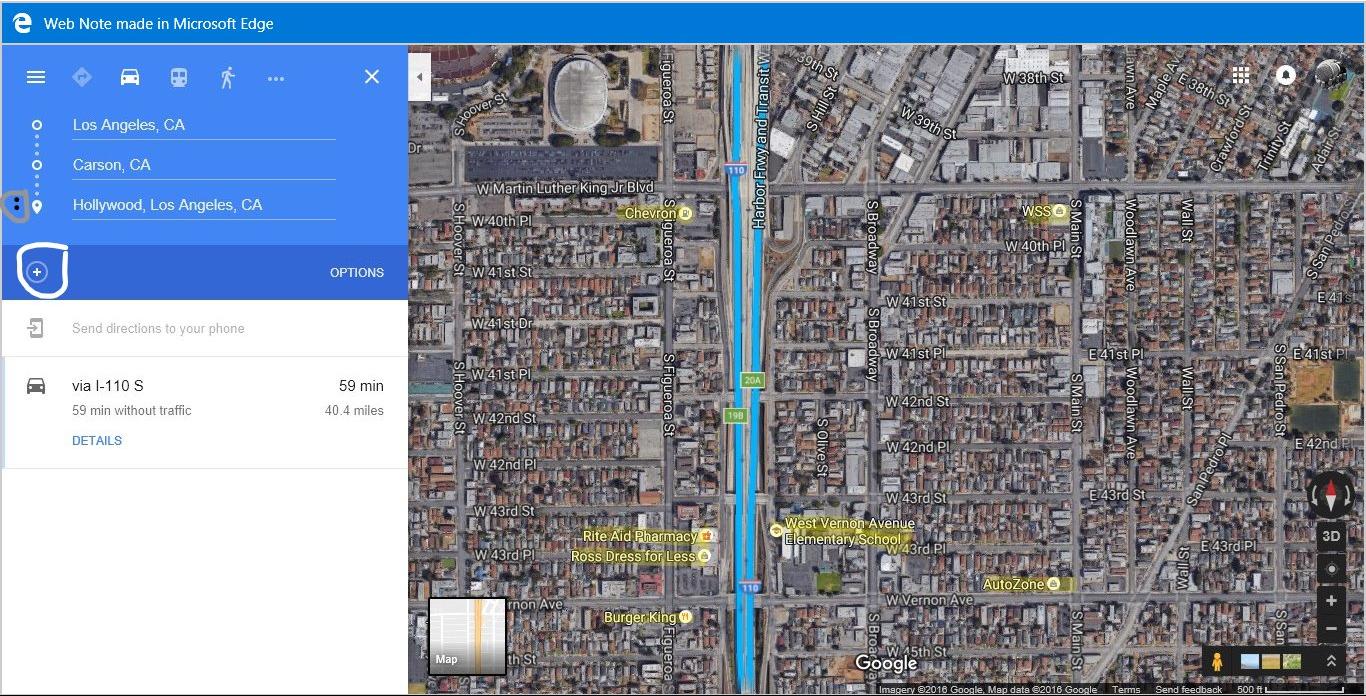 Example map: The white circle shows you that you can add places, and the grey shows how you can move them. Highlighted is places near the route.

You can search for the specific place that you SEE and add it. Or simply just type in the specific store/place and find the closest one.

Is this what you meant?

12
Search restaurants (POIs) along a route with google maps

12
Search restaurants (POIs) along a route with google maps
7
Adding notes to places in Google Maps
1
Is the new version of Google Maps about to remove My Places?
3
Display results for multiple queries on new Google Maps: possible; how?
3
How to show/share only one route on Google Maps?
7
Google Maps: How do I start a route that I've saved to My Maps?
0
How can I categorize a collection of selected places on Google Maps?
1
How to place a marker on Google Maps in Chrome?