I am making a spreadsheet which requires me to have the number of amazon reviews of a product. I looked up how to dynamically update the reviews as more came in and came across the IMPORTXML formula.

In this specific example I can not find out how to get the information on the sheet as I keep getting the error "imported xml content can not be parsed."

(Space inserted before "amazon" to avoid the autoconversion of the link).

This is the piece i want to get. 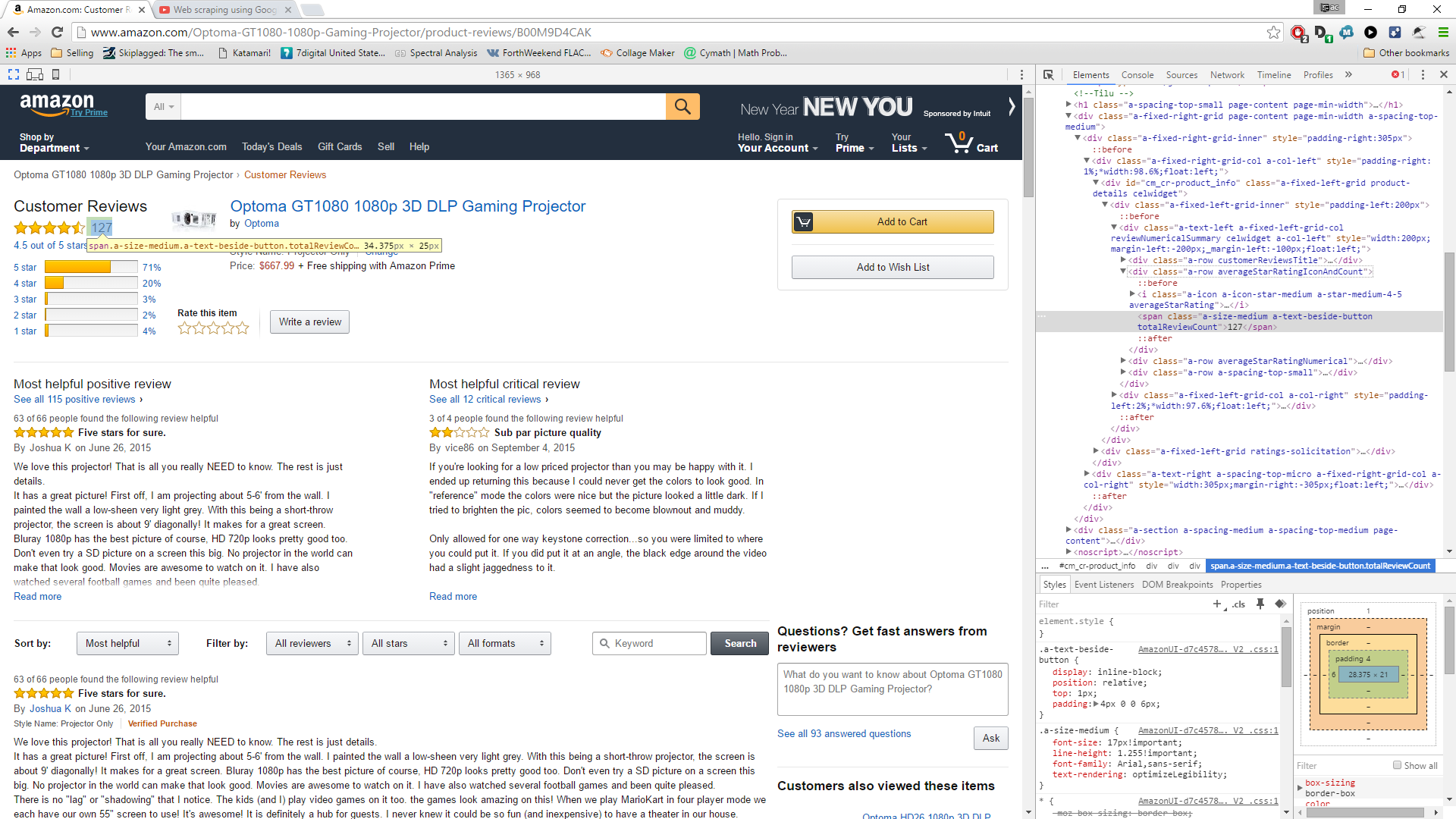 Not every webpage can be scraped with importXML. There are several possible issues:

With Amazon you are facing the second and third obstacles. A way to get around the second issue is to use UrlFetchApp.fetch(url).getContentText() from Apps Script. This gets the entire source of the page, which you can then parse in any way you want, e.g., with regular expressions.

One has to be careful with scraping Amazon. When experimenting, I sometimes got the following message instead of the page content.

But here is an Apps Script function that grabs the number of reviews of this product and inserts it into cell A1 of the current sheet.

For all I know, this may still be against Amazon's TOS. Related: Is there an Amazon.com API to retrieve product reviews?

Not the answer you're looking for? Browse other questions tagged google-sheets amazon importxml xml or ask your own question.

3
What kind of links are accepted in an Amazon review?
3
importXML strips leading zeros in Google spreadsheet
3
Import current price from website to spreadsheet
0
Google Sheets importxml() can't fetch from eoddata.com
0
Why doesn't my product review on Amazon show all photos?
1
How do I post a review as 'Amazon Customer'?
0
Unable to importxml from this URL
0
Import Price from Gamestop Into Google Sheets
0
Google Spreadsheet IMPORTXML problem to extract from a web page