Like many mathematics grad students, I have a professional website, which I built using Weebly because of its relative ease of use. In order to display mathematics nicely, I've been using MathJax which has worked extremely well until a few days ago, when it stopped rendering on the published website. The odd part of this is that it renders just fine in the auto-preview window of Weebly's HTML/CSS editor. I contacted Weebly's support team and the person with whom I spoke was unable to provide me with any satisfactory answers and I'm at something of a loss as to what to do from here, short of rewriting my entire website from scratch and hosting it on my department's server instead, which is obviously not something I really want to do.

The "tried and true" method of using MathJax with Weebly, which worked fine until recently, is to insert the code:

tag in the landing.html file.

Attached are images displaying the perplexing difference between the auto-preview and the published website. 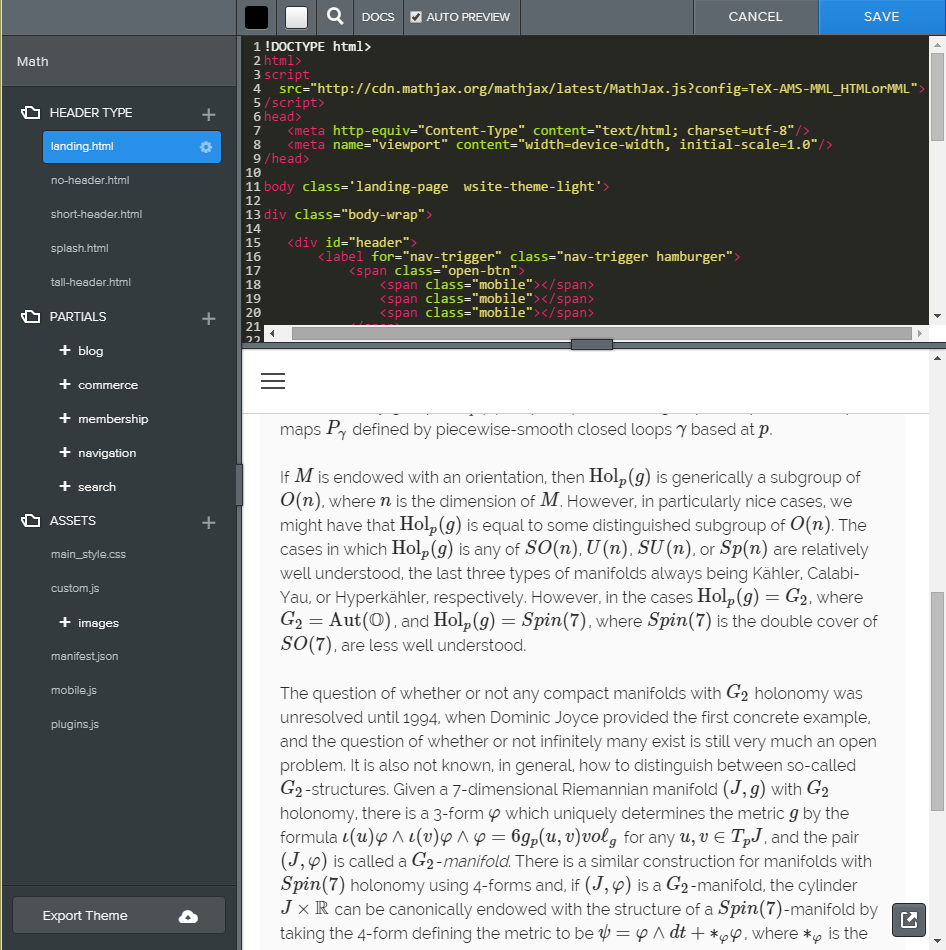 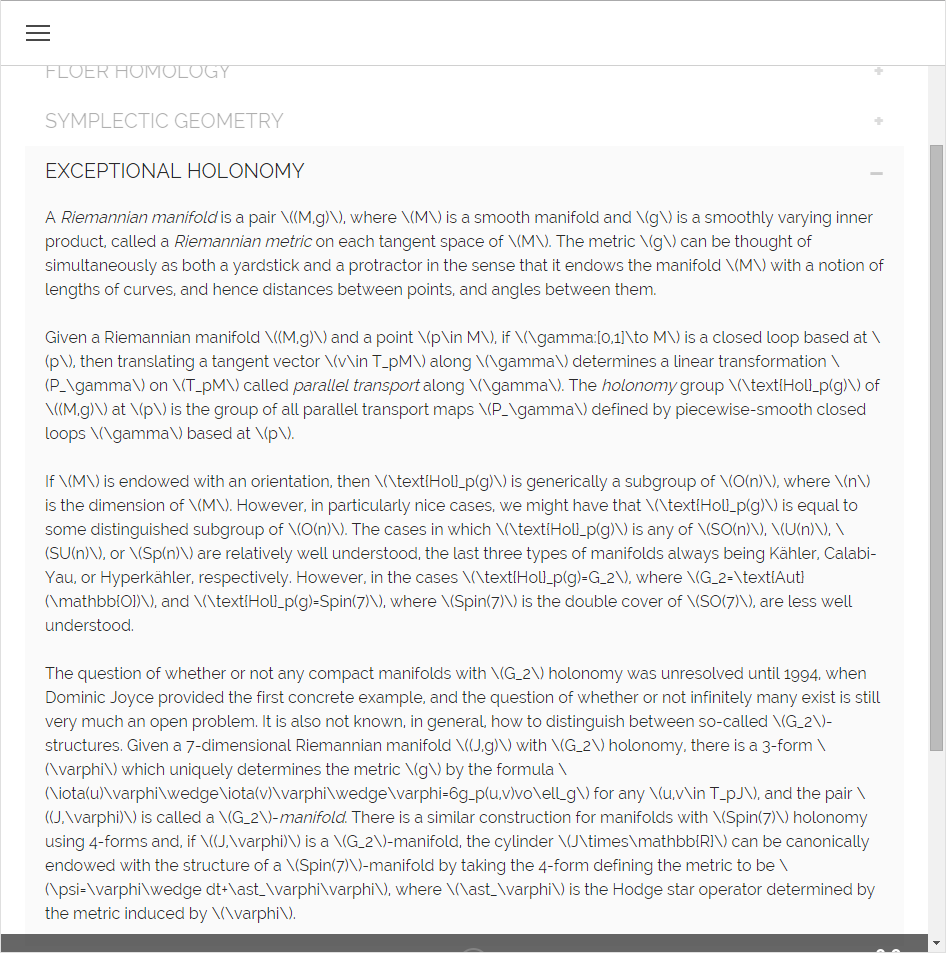 Browse other questions tagged latex weebly or ask your own question.

2
Adding the Facebook Like button to a Weebly site
3
How can I get LaTeX with MathJax to show up in Google Sites?
1
Form Not Appearing in Weebly