In a bit of an odd situation here. the password I use for my Gmail is unique and much stronger than other passwords I use as I consider my Gmail a high priority. I also have two-step authentication enabled to weed out any unwanted access. I checked the account activity on my Google Account and I noticed this; 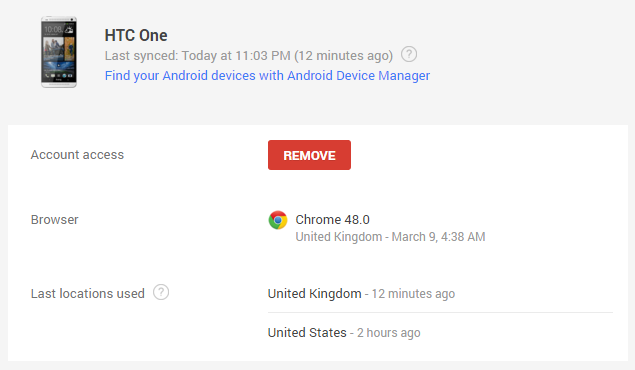 I'm from the UK, and yes my phone is a HTC One, but it's showing that the same device was accessed from the United States? - 2 hours ago! If it was a different HTC One, would it show as a separate HTC One or would it join them together? I also am starting to believe that Google's device activity is having some issues as I also noticed the following:

Now, I specifically recall a late night when I was up at 3:40AM, and that was me, but it's showing as Linux? Could anyone give me any information on what is going on here? I also see no other suspicious activity from my account it's just that device activity.

Browse other questions tagged google-account security or ask your own question.