Facebook photo shows on timeline but not in Photos

There is a photo on Facebook timeline posted in 2012 (person not in my friend list). However the photo does not appear in Photos nor in the Album it is tagged in (earlier it use to appear in the album).

The album count says 13 photos and those 13 photos does not include the photo in question (or else it should have read 14 photos but it reads only 13).

What does that mean? Has the user made any changes and if yes, what are they? 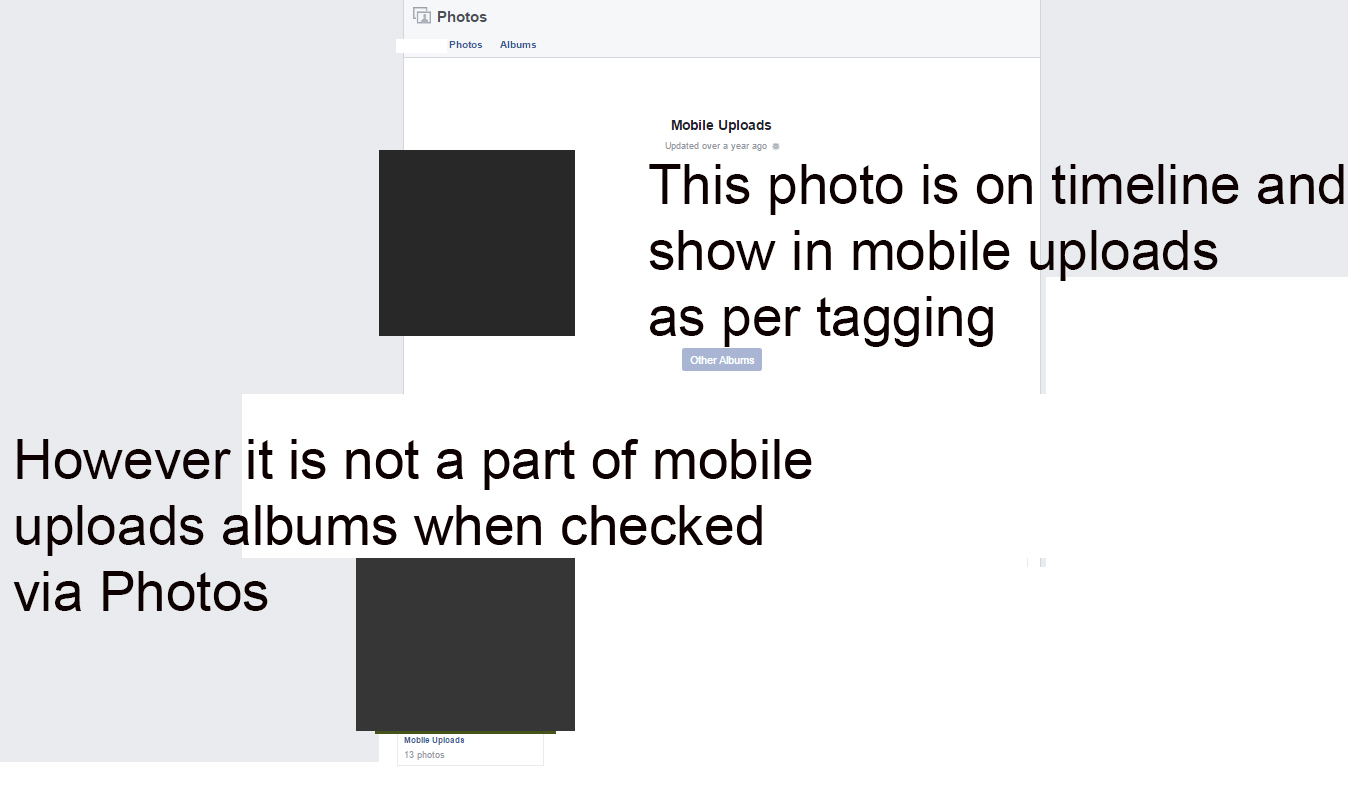 Browse other questions tagged facebook-timeline facebook-photos or ask your own question.

3
Uploaded photos not showing on Timeline
8
Discrepancy between real and shown number of photos/albums in Facebook
1
Tagged facebook photo's not showing up in friend's view.
1
Privacy of the a Facebook timeline photo posted to one friend
1
Why can't my friend see a photo on my timeline that is supposed to viewable by friends of anyone tagged?
1
Create link to a Facebook photo album starting with newest photos
5
Disable/Enable Images in Comments on Facebook (Profile Posts, not Pages)
2
Friends can't see my tagged “Photos of You,” only my boyfriend and sister can