I tried the standard "Insert Image" > "Google Drive" and navigated to the image like so: 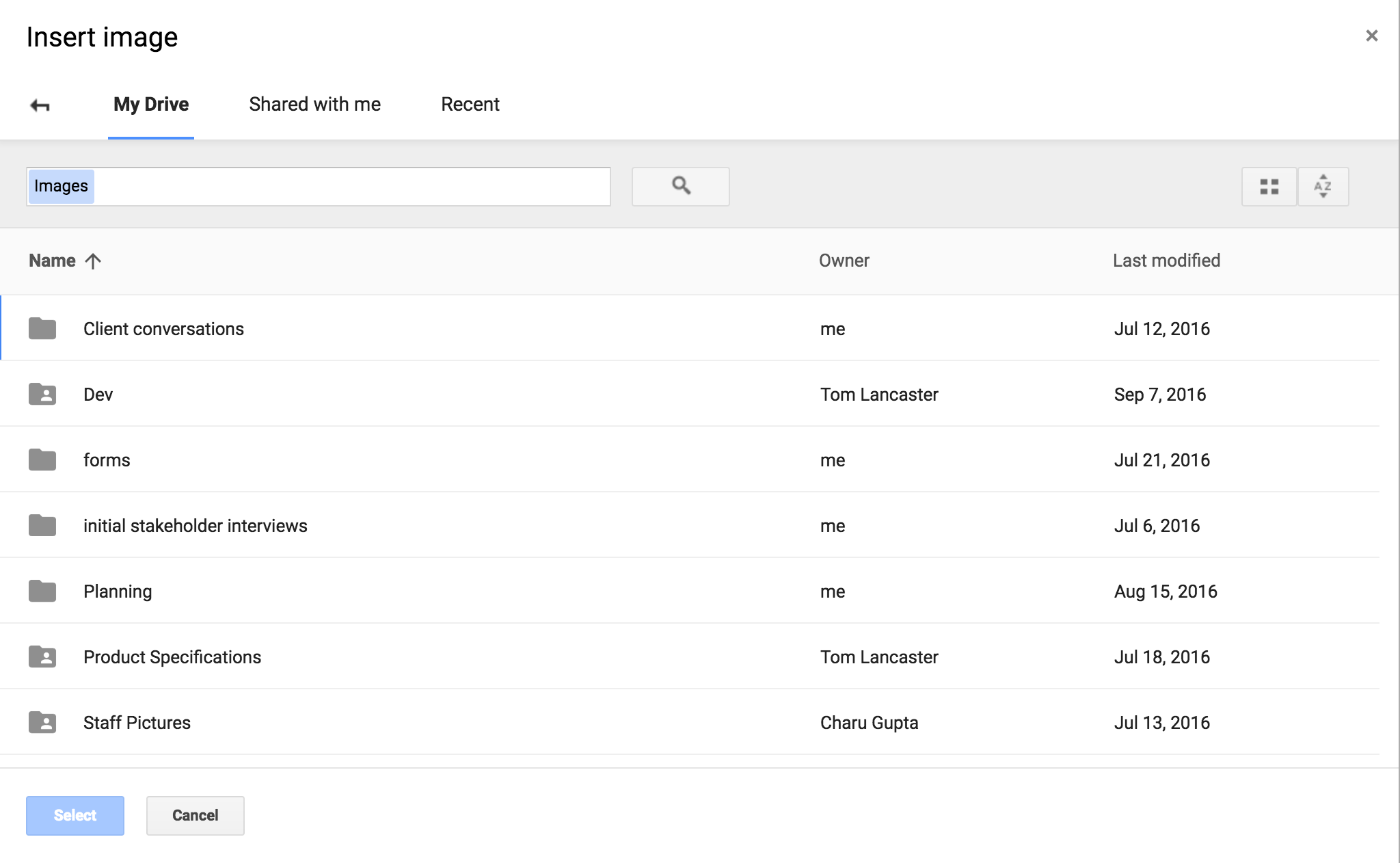 However, I edited the image, checked Google Drive and ensured that Drive captured the edit, but the Google Doc did not (even after a couple of browser refreshes) - the Google Doc still showed the old version of the image.

I would prefer to not have the images in question be publicly accessible to anyone. They are currently shared with everyone in my company.

At this time, it's not possible to "live embed" images on Google Documents. See Insert or delete images or videos to learn about how to insert images and what it's supported.

An alternative is to use Google Apps Script to replace the image.

Not the answer you're looking for? Browse other questions tagged google-drive google-apps google-docs or ask your own question.

13
How can I stop users from syncing Company folders to their Google Drive desktop?
1
How to keep small images on Google Drive from counting against my storage limit?
3
How to effectively manage Google+ storage usage for images and videos?
11
Insert image from Google Drive into Google Sheets
3
How to embed an image inside a Google Document comment?
3
How do you embed a video into a Google Doc?
3
How to embed Google Sheet into Google Document and keep the Google Sheet format
3
What does it mean to delete a file that's “shared with me” in Google Drive?
2
Deleting photo from a desktop folder synced with Drive Backup and Sync deletes from Google Photos?
0
How to insert a webp image into a document?